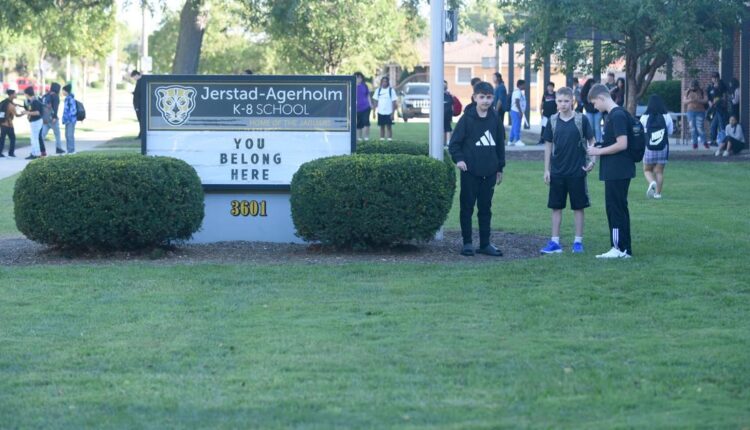 RACINE — An additional $44.5 million in referendum dollars will be available to renovate two Racine Unified schools.

During its meeting Monday, the Racine Unified School District board authorized:

Not all of the $44.5 million authorized Monday will necessarily be spent.

As part of RUSD’s long-term plans, Starbuck will expand to serve elementary school students. Work will occur in two phases, which are slated to start in spring 2023 and spring 2024. The project is scheduled to be completed in fall 2024.

At Jerstad-Agerholm, the first phase of work, on the elementary portion of the school, should start next spring. The second phase, on the middle school portion, is scheduled to begin in spring of 2024 and be done in fall of 2024.

Mike Clark, RW Baird financial advisor to RUSD, answered a question from school board member Scott Coey about why board authorization is required now for projects that aren’t scheduled to be finished until next fall.

“You want to make sure you have full authority to complete the project(s),” Clark said. “If you start the project(s) with the existing authority and for some reason down the road, in the second year or a year from now, you come back for the remaining authority and you’re not able to obtain it … you have a partially built building with no ability to finish.”

Clark also noted that the construction contracts to renovate Starbuck and Jerstad-Agerholm will require school board approval.

On this episode of Newsmakers, WisconsinEye Host Lisa Pugh sits down with Wisconsin Association of School Boards Director of Government Relations Dan Rossmiller and Badger Institute consultant and member of the Wisconsin Coalition for Education Freedom Jim Bender for a discussion on the state of schools. Education is a top issue for voters heading into November elections, yet several key questions are dividing Wisconsinites along party lines. While those in Republican leadership have been advocating for statewide expansion of the school voucher program and holding the line on property taxes, Democrats including Governor Evers say it’s time to raise school spending limits and dramatically increase special education funding.

-Watch the 2022 State of Education Address on Thursday, September 22 at 12 PM on wiseye.org!

The school board approved a bid from United Mechanical to replace the boilers at Julian Thomas Elementary School, 930 Dr. Martin Luther King Drive. United Mechanical’s bid was $149,900, the lowest of the three bids received. The bid also includes a 10% contingency allocation, so RUSD may have to pay up to $164,890.

The board did not discuss replacing the two boilers at its Sept. 12 work session, but the item was on Monday’s agenda because of the urgency to install new boilers before they are needed.

“We wanted to get those boilers in place before we started heating the building,” said Jane Barbian, school board president. “We’re really pushing the envelope here.”

The current boilers have been at Julian Thomas since 2003, according to Reynolds, who said they “have reached the end of their life cycle.”

“Unfortunately, we are unable to repair them to ensure they maintain operation through this winter, hence our request,” Reynolds said.

The board approved a bid from Riley Construction to build a secure vestibule at Mitchell School, 2701 Drexel Ave. Riley Construction’s bid was $199,875, the lowest of the five bids received. The bid also includes a 10% contingency allocation, so RUSD may have to pay up to $219,862.50. Work on the project is expected to start in October and be finished by April 2023.

The next RUSD board business meeting is scheduled for Oct. 17

Photos from the first day of school at Racine


Picking up his schedule

Students linger outside Jerstad-Agerholm School on the first day of the 2022-23 school year on the morning of Sept. 1.

Hurricane Ian The power grid goes down will solar and battery power your home?