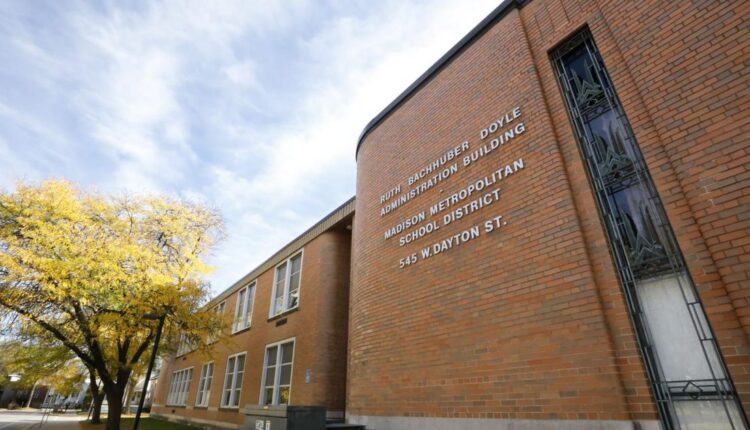 There have been fewer calls to the police from the Madison School District so far this school year, as more safety issues are being addressed internally.

More students and staff are opting for alternative responses to incidents in schools rather than involving police, officials said.

“We believe that this is a good thing,” said Sedric Morris, the director of school security services with the district’s Office of School Safety. “It shows … that our schools are calling our office more for consults. It also shows that we’re in better collaboration with our schools and our school teams.”

So far this school year there have been fewer calls to the police than in the same period last year, according to data shared with the Madison School Board on Monday night at a workgroup meeting.

Meanwhile, there has been an uptick in calls to the district’s Office of School Safety for critical incidents. The office has a 24-hour crisis line that allows schools to talk through an incident.

So far this school year, the office has consulted on 156 incidents, compared with 103 at the same time last year.

“They’re calling us to consult to have that opportunity to pause, to talk things through, and then determine whether or not we need to involve police instead of going just right to 911,” said Gina Aguglia, director of cross systems and critical response with the Office of School Safety.

Schools are not being told not to call 911, and are sometimes directed or encouraged to when they call the hotline.

“It’s giving them another tool to be able to handle things in house,” Morris said.

For the entire 2021-22 school year, there were 610 calls from district schools to 911 and the police nonemergency number, which reported such things as false fire alarms, fights, child enticement, threats of school violence and false calls to 911.

The calls made so far this school year have included medical emergencies, missing students or students leaving the building, fires, downed power lines, a bullet found on a playground and false calls.

About 50% of the calls made so far this school year have been false 911 calls, the data showed. Aguglia said this is often because a student or staff member accidentally dials 911.

This data comes a little over two years after the School Board voted to remove police from its high schools.

The Office of School Safety is now working on ways to increase internal responses.

This includes training and creating critical response teams in schools. The teams would be made up of administrative and student services staff, but could include anyone from nurses to custodians if needed.

The teams are trained to assess threats, to manage mental health crises, and in early intervention regarding acts of school violence.

The district’s goal is to have a critical response team in every school. There are six schools left to train, officials said.

Additionally, the office has completed safety walkthroughs at each school building and is working on updating safety protocol information, including new posters and safety drills.

Explore the story behind how every Madison school got its name