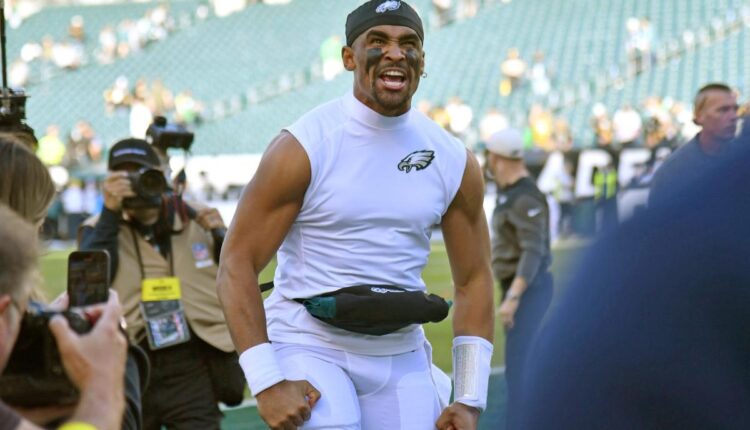 The Green Bay Packers (4-7) need a big victory to save their 2022 season. A primetime Sunday matchup against the Philadelphia Eagles (9-1) presents a good opportunity to pull off an upset victory.

The Packers have struggled offensively this season. However, the emergence of rookie receiver Christian Watson has provided a spark. Watson will be needed to keep up with the Eagles’ high-flying offense.

The Eagles got a wake-up call against the Washington Commanders two weeks ago and were in a slugfest against the Indianapolis Colts. The Eagles’ run defense is a concern, but the unit has played better at home.

Philadelphia is 4-1 at Lincoln Financial Field. The Packers are 1-4 in road games this year.

Here’s a look at the betting details and USA TODAY’s NFL staff picks for the Packers vs. Eagles Week 12 game:

COLUMNS: If Packers lose to Eagles, it’s time to look to future | opinion

Every week it seems like the Packers are on the brink. And they’re so inconsistent on offense, often failing to sustain drives. Still, the Eagles have hit a slump and ball security is an issue; in the last two games, Philly has committed six turnovers, compared to three it had given away in its previous eight games.

Christian Watson had four catches for 107 yards and three touchdowns against the Cowboys.

Green Bay found a spark recently on offense, but it shouldn’t have taken until November to see it. Aaron Rodgers and the Packers will make it competitive, but some of their woes on third down and defensively will shine in primetime against Jalen Hurts and the Eagles.

The cold truth about Green Bay is that it’s been outscored by 41 points and is a nasty 1-4 on the road as it heads to the most inhospitable place of all to meet the NFC’s best team.

RELATED: Which offseason move has paid off the most for its respective NFL team?

NFL salaries: These are the highest-paid NFL players

Gannett may earn revenue from sports betting operators for audience referrals to betting services. Sports betting operators have no influence over nor are any such revenues in any way dependent on or linked to the newsrooms or news coverage. See applicable operator site for its terms and conditions. If you or someone you know has a gambling problem, help is available. Call the National Council on Problem Gambling 24/7 at 1-800-GAMBLER. Must be 21 or older to gamble.