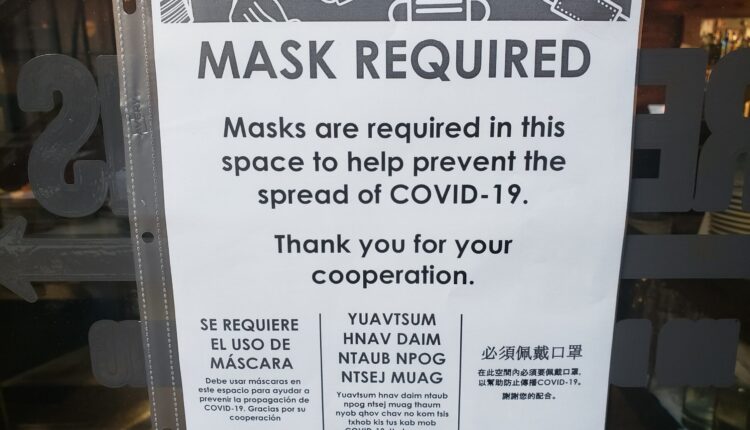 For public health workers, a Wisconsin Supreme Court ruling last week upholding local health department orders has brought relief in the face of opposition to measures aimed at protecting the public from the COVID-19 pandemic.

In a 4-3 ruling that was published Friday, July 8, a majority of justices concluded that state law gives local health officers the power to issue public health orders. The ruling also upheld a Dane County ordinance imposing penalties for disobeying the health director’s orders, and it found that neither the state law nor the ordinance violated the Wisconsin Constitution.

“Preserving the authority of local public health officials to be able to control communicable disease is a top priority for Wisconsin public health professionals,” says Dr. Geof Swain, president of the Wisconsin Public Health Association. “We were very pleased that authority was preserved in this ruling.”

At the same time, a forceful dissent by three of the court’s four conservative justices suggests the likelihood of future legal wrangling.

Over the course of the COVID-19 pandemic’s first two years, the health orders from Public Health Madison & Dane County’s director, Janel Heinrich, included at times capacity limits, closures and mask requirements, all aimed at trying to curb the spread of the novel coronavirus.

In June 2020, the Dane County Board passed an ordinance that made it a violation “to refuse to obey an Order of the Director of Public Health Madison and Dane County entered to prevent, suppress or control communicable disease.”

The ordinance cited part of the Wisconsin public health statute that requires local health officers to “immediately investigate” when a communicable disease surfaces in their jurisdiction. The state statute also requires local health officers to “promptly take all measures necessary to prevent, suppress and control communicable diseases” as well as to report to local governing agencies on those efforts.

“Local health officers may do what is reasonable and necessary for the prevention and suppression of disease,” the state statute says, including forbidding public gatherings  “to control outbreaks or epidemics.”

In January 2021, the Wisconsin Institute for Law and Liberty (WILL), a right-wing law firm that has pursued several lawsuits to weaken public health protections, sued on behalf of two Dane County residents challenging the legal authority for the health department orders.

Shortly after, when the health department filed an enforcement action against a local dance studio charged with violating the public health order in place at the time, the studio joined the WILL lawsuit.

The lawsuit claimed that the county health director’s orders required approval by local lawmakers and that the Dane County ordinance that authorized enforcing the health orders was preempted by state laws. It also claimed that granting the health director authority violated the state constitution’s principle of separation of powers. The case was thrown out of circuit court in a legal maneuver that the plaintiffs requested in order to move it more quickly to the Supreme Court, where the case was argued in March 2022.

The high court’s majority opinion Friday rejected all of the plaintiffs’ claims. 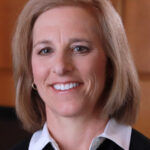 “Wisconsin Stat. §252.03 grants local health officers the authority to issue public health orders,” wrote Justice Jill Karofsky, the lead author. “Dane County Ordinance §46.40, which makes such orders enforceable by civil citations, is not preempted by state law.” And in granting authority to the health officer, neither the state law nor the county ordinance “runs afoul of our constitution’s separation of powers.”

The ruling doesn’t fully end the case, because after the dance studio joined the suit, the health department replaced its enforcement action for violating health orders with a counterclaim against the studio, which now returns to the circuit court.

“We are pleased with the Wisconsin Supreme Court’s decision to uphold the ability of local health officials to issue orders to protect the public in health emergencies. As we have stated, our orders appropriately exercised the powers given to local health departments in Wisconsin State Statute Sec. 252.03,” the health department stated after the release of the opinion.

“Public Health Madison & Dane County took decisive actions during this pandemic to control a communicable disease and protect the health and well-being of our community. As a result, Dane County had one of the lowest rates of illness and hospitalizations in the state.”

A spokesperson said this week that the agency would not have further comment on the ruling.

Uncertainty after Safer at Home cancellation 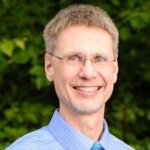 Swain, the Wisconsin Public Health Association president, says many in the public health profession were uncertain about how the case would turn out, particularly in light of the Supreme Court ruling in May 2020 that ended the statewide Safer at Home order instituted by Gov. Tony Evers and the state Department of Health Services (DHS).

That ruling concluded that after an initial 30-day period, the state health department could not extend a statewide public health order closing public places unless it went through the state rulemaking process.

With that in the background, “it did make us concerned we would lose that authority at the local level, too,” says Swain. “There were several attempts by the Wisconsin Legislature to pass revisions to state statutes to strip that authority” from local departments, he adds. Evers vetoed those bills, which passed with only the support of Republican lawmakers.

Swain sees implications in the decision that go far beyond the current pandemic.

“We think the public should be quite relieved,” he says. “There are many other serious, communicable diseases that are threats to the public, and from which, really, the only protection for members of the general public from being infected is the local health department.”

Ebola, monkeypox and tuberculosis are all potential hazards that, if they got out of hand in a community, would require swift action to curb their spread, Swain says. “If the local health department cannot act to control communicable disease, then everybody’s at risk.”

A key argument in the lawsuit to block the health director’s orders was the assertion that in issuing them, Heinrich was usurping the role of county or city lawmakers and was unaccountable. 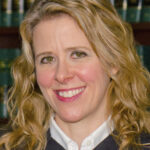 The Supreme Court opinion’s dissent, by Justice Rebecca Bradley and concurred in by Chief Justice Annette Ziegler and Justice Patience Roggensack, embraces that assertion and attacks the majority for ignoring that argument.

Along the way the dissent describes the health orders as “tyranny” and labels Heinrich a “dictator,” an “autocrat” and “an unaccountable overlord.” And it declares that the county ordinance that made the health orders enforceable improperly delegated the county board’s lawmaking authority.

Swain says public health officials don’t warrant that kind of attack. Of the notion that they are “somehow not accountable to the public,” he adds: “That is just baloney.”

Appointed and ratified by elected officials at whose pleasure they serve — mayors, county executives and city councils or county boards — “they’re very accountable to those elected officials,” Swain says.

In the majority opinion, Karofsky also took the dissent to task for “disparaging a public servant — who has no opportunity to defend herself.” Calling the epithets applied to the Dane County health director “fantastical,” Karofsky chided the dissent for using them and doing “real damage to the public’s perception of this court’s work.” She called for greater respect “to preserve the public’s confidence on which this court’s legitimacy lies.”

The dissent’s forceful language, however, suggests that legal arguments will continue over regulations addressing issues ranging from public health and safety to environmental dangers and more.

“The quantity and the complexity of modern day regulations have really made it so you can’t run all of that through the Legislature,” said Marquette University political scientist Paul Nolette in an interview in March. “There’s got to be some element of delegation to experts in the area who can hammer out the nuts and bolts.”

A movement of conservative legal scholars aiming to roll back regulations has been advancing the claim that such delegation is unconstitutional, he said. Nevertheless, those claims remain contested.

Even with the state high court’s ruling preserving the power of local public health agencies, Swain expects there will be more challenges in the future.

“We don’t feel like we’re out of the woods on this,” he says. “We’re relieved about this decision. But we expect there will be more attacks on that authority. And we encourage the public to support the people who are trying to protect their health and safety.”

Young thespians to perform ‘Junie B. Jones’ at Rabbit Run in Madison