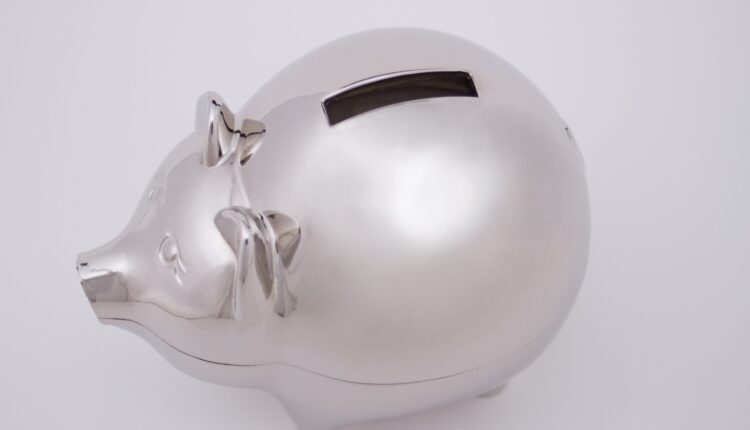 Four years after a high-profile campaign that saved the Wisconsin state treasurer’s office from being wiped out of the state constitution, the office has once again dipped below the state’s political radar.

The current state treasurer, Democrat Sarah Godlewski, rewrote the nearly invisible and all but powerless job into a very public platform to champion economic security issues. Godlewski isn’t on the ballot for reelection, however, and the office has returned to near-obscurity in next week’s election.

Still, the way Godlewski reshaped the office is at the center of the race to pick her successor. Democratic candidate Aaron Richardson unhesitatingly wants to follow her example. Republican John Leiber sees the incumbent as the model for how not to do the job.

Although the treasurer’s position was established in the Wisconsin Constitution, the duties of the office have dwindled in the last two decades as the state Legislature moved virtually all of its responsibilities, including regulatory authority, to other agencies in the executive branch under the governor’s control.

State Treasurer Sarah Godlewski reads to elementary school students in a 2020 photo. The state treasurer sits on the Board of Commissioners of Public Lands, which makes grants to school libraries each year. (Courtesy of the Wisconsin Office of the State Treasurer).

Godlewski, an investment advisor, mounted the April 2018 campaign that defeated a Republican-led constitutional amendment to abolish the office. She ran for the job herself that November and won.

She had described the treasurer as an independent “chief financial officer” for the state. When running for election she had an ad offering to be a “watchdog” over taxpayer funds.

When Godlewski took office, though, the state treasurer had only two remaining official duties. One was to sign the state’s checks (which is done by machine). The other was to serve on the Board of Commissioners of Public Lands along with the secretary of state and the attorney general.

The board manages timber sales on former federal land that now belongs to the state and oversees $1.4 billion in trust funds, donating proceeds to public school libraries and making loans to public projects.

When Godlewski assumed the role of chair in 2019, the body abolished a rule that had banned the board’s staff from doing work related to climate change and began accepting financing applications for clean energy projects.

For Godlewski, the rest of the treasurer’s job was a blank slate — one she filled by turning the office into a consumer finance communications and advocacy hub.

In early 2022, Godlewski and a bipartisan group of lawmakers got behind a proposal for a state-sponsored savings plan for Wisconsin children starting at birth. The measure got a public hearing, but not until lawmakers had already said they would adjourn regular floor action for the rest of the year.

In 2021, Godlewski decided to forgo reelection and instead seek the Democratic nomination to run in this year’s U.S. Senate race. She dropped out shortly before the August primary.

Jerry Lynn, a trustee for the village of Shorewood north of Milwaukee who opposed eliminating the treasurer’s office in 2018 and supported Godlewski, says that her experience made her “one of the very few people in the state” who could reframe the job as she has. “She really has been an advocate for every Wisconsinite in that office.”

With the job duties so diminished, “I think it’s the responsibility of the office holder to determine what they can do within their capacity,” he adds.

“Sarah Godlewski  has shown that this is a valuable position and can do a lot of things for the people of this state,” Richardson says. “I want to continue the great work that she has done.” 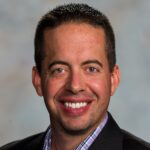 Among those projects he singles out are the home ownership initiatives that Godlewski’s office has amplified and promoted. He has proposed as treasurer fostering a statewide version of an affordable housing program underway in Fitchburg. The program enables prospective homebuyers to start as renters, with part of their monthly rent set aside as a down payment on the property.

In addition, Richardson proposes to have the treasurer’s office collaborate with the financial industry across the state to develop and distribute materials to teach financial literacy. He also says that in office he would advocate for laws to  rein in the payday lending industry.

Besides being mayor, a part-time job, Richardson works in the Oregon school district’s technology department, and he highlights the state treasurer’s membership on the public lands board.

“They give money to school district libraries throughout the state,” he says. In his school job, “I see first-hand how important that is,” with shrinking shared revenue for municipalities and reduced state aid to public school systems. “I want to make it a priority to get as much funding as possible to our school districts.”

With a business undergraduate degree and an MBA, a decade and a half working for credit unions and insurance companies, and experience in managing a municipal budget as mayor, Richardson says he has the necessary familiarity with financial issues to effectively carry out the treasurer’s job.

As a fellow Democrat, he hopes to see Evers reelected and says he can offer the governor advice. At the same time, Richardson says, his experience in local government has equipped him to work in a nonpartisan way.

Nevertheless, “If there is a Republican governor it will make my job [as treasurer] more difficult,” he acknowledges, expecting that there would be conflicting priorities over policy.

“I would like to think I’ve been able to build relationships with people in all walks of life,” Richardson says. “But it would be more difficult to do things that will help people throughout the state”

A former Republican state legislative aide who earned a law degree during the COVID-19 pandemic, John Leiber is as dismissive of the incumbent treasurer as Richardson is enthusiastic. He considers Godlewski a publicity seeker who used the state treasurer’s post “as a political stepping stone.” 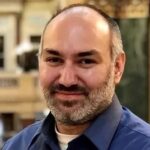 Leiber was among the 38% of Wisconsin “yes” voters in the April 2018 referendum to eliminate the state treasurer. “The people spoke and said they wanted to keep the treasurer’s office,” he says. “Which means we actually needed a qualified treasurer to be in the office to fulfill the duties.”

On his website, Leiber describes himself as a fiscal conservative and says the office doesn’t need to expand. “Rather than grow government and add new programs, I will carry out the duties of the Treasurer and advocate for saving your tax dollars,” he states.

“There’s a lot of misconceptions about what the treasurer’s office does,” Leiber says in an interview, describing conversations with voters who assume  the treasurer still has duties long ago transferred to other agencies.

Leiber’s plan for the job is to focus on what he observes is the treasurer’s only remaining official role: Serving on the Board of Commissioners of Public Lands, providing oversight on timber sale management, on the investment of the trust funds and in the distribution of the proceeds.

“I’d like to make sure that the fund remains strong and increases the payouts every year,” Leiber says. “Every dollar that is distributed in the form of aid to school districts is one less dollar that has to be put on the property tax bill.”

He says he also would like to see the principal amounts in the trust funds grow so that more funds can be paid out each year.

(Data reported on the public land board’s website indicate that the pool of funds donated to school libraries has been increasing each year since 2017, reaching a record $40.6 million in 2022.)

The board should “not tailor our investments to any political strategy,” Leiber says. Asked to clarify whether he believed politics had colored past investments, he adds: “I’m actually talking about the future. I don’t know of any instances where that’s happened.”

Leiber is originally from Racine County, where he was active in the Republican party. He was president of the Caledonia Parks and Recreation Commission for three years and worked as an aide to Republicans in the state Legislature from 2013 to 2016, according to his LinkedIn profile. In 2018 he lost a GOP primary in a Racine-area state Assembly race. He subsequently moved to Cottage Grove and got a law degree in 2021.

Leiber says his experience as a legislative aide would enable him to work with lawmakers as treasurer, although he has no interest in expanding the office. He contends that the advocacy positions Godlewski took were meaningless.

“If there’s really no plan to work with legislators and transfer duties [back to the treasury secretary’s office] it’s just a promise that you can’t keep,” he says. “I’m not going to pretend I have power to somehow make that happen — it just wouldn’t be honest.”