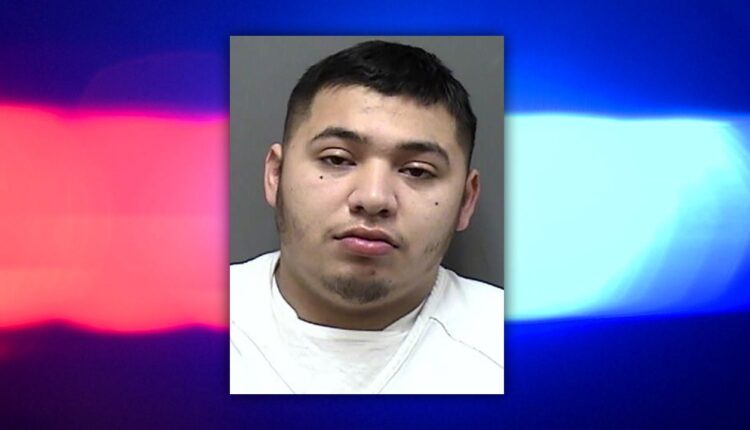 RACINE, Wis. – A 26-year-old Racine man is accused in connection with a shooting at a Racine bar on New Year’s Day in 2019. The accused is Juan Garibay – and he faces the following criminal counts:

According to the criminal complaint, Racine police were dispatched to the Game On Sports Bar on State Street in Racine on Jan. 1, 2019. Officers responded shortly before 2 am after a report of shots fired.

When officers got to the scene, they located the victim in the basement “suffering from a gunshot wound to his arm, for which he denied additional medical attention aside from a large bandage,” the complaint says.

When the victim was questioned, the complaint says around 1:30 am, he observed trouble and went to help. That trouble involved a woman “who he told to leave the bar because she would not calm down.” A male companion of that woman got involved — and was asked by the victim to leave. The victim told the police he escorted the man outside. Once there, the victim stated “the male squared off with him and was going to fight victim. (The victim) advised that he swung at the individual and missed after which he heard a gunshot from behind him,” the complaint says. It was at that point, the victim realized he had been shot in the arm. He told police “he was shot by one of the individual’s friends who arrived with the guy he was fighting with,” the complaint said. However, the victim could not provide any information about the shooter — only a description of the man he was fighting.

The complaint says investigators reviewed surveillance video outside the bar. It confirmed the victim’s story. It also shows “the suspected shooter exit a silver/grey Ford Escape SUV with others, including a female who was still present in the bar,” the complaint says. Police were able to identify the woman — and when they spoke with her, she told police she was present with two men — one of them Garibay.

The surveillance video showed in detail Garibay “producing a handgun from his waistband and handing it to a bearded light skinned male,” the complaint says. Later the bearded man “fired one shot at the group.”

The victim told police Garibay did not shoot him, but he was told by unnamed sources that another man shot him — and he had a photograph of this person. It was the bearded man.

The complaint in this case was filed on Jan. 17, 2019. But Garibay was not in custody at that time — and an arrest warrant was issued. On June 17, 2022, Garibay appeared for his initial appearance in Racine County court. Cash bond was set at $50,000. Garibay is due back in court on June 23 for a preliminary hearing.