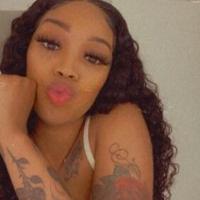 RACINE — Brittany Booker, a Racine mother of six, was shot and killed April 24. She was reported missing in the early morning hours and was later found dead in her vehicle with multiple blunt-force injuries and a single gunshot wound to the head.

The Racine Police Department named the primary suspect as Terry “Scooter Man” Lee Jackson Jr., who was implicated in an earlier attack on Booker and her friend.

“My daughter was scared every day,” Leonard Larry, Booker’s father, said in April.

The RPD had been searching for Jackson since Feb. 27 when he allegedly attacked Booker and another woman with a hammer near Racine’s north side.

Jackson allegedly hid in the residence of another Racine woman, Diamond Hood, in the days leading up to Booker’s murder. Hoodly allegedly drove Jackson to Chicago in the early morning after Booker’s killing.

Three separate women were ultimately charged with aiding Jackson during the manhunt.

Jackson was eventually found in Chicago in late May, closing a manhunt that spanned five states and involved the RPD and the US Marshals Service Great Lakes Regional Fugitive Task Force-Chicago Office.

Jackson was ultimately charged with 23 felonies.

He pleaded not guilty in June to the felonies. However, according to testimony in court, Jackson admitted to investigators to both the attacks on the women and shooting Booker.

Jackson and Booker had no connection to one another. Booker was friends with the other woman Jackson assaulted and was trying to help her move out of the residence she shared with Jackson at the time of the alleged hammer attack.

Jackson appeared emotionless in court even as the investigator tested to the circumstances of the attacks on the other victim and Booker, who had her toddler in her arms at the time of the attack.

Sylvia Bennet Stone, the national director of Voices of Black Mothers United, addressed the crowd at Booker’s balloon release in late April: “It’s going to take all of us working together to bring change. And change takes all of us.”

A woman raises her arms during a prayer vigil in April outside the Tyler Domer Community Center, 2301 12th St., following the death of Brittany Booker.

Her remarks were made at a “Stop the Violence Rally and Prayer Vigil,” which was organized by Restoration Ministries at the request of the Booker family to bring awareness to the increase in violence, including domestic violence, to encourage victims to seek help, and to support the efforts by law enforcement to get justice for Booker.

Voices of Black Mothers United is a national movement led by the Woodson Center, which is based in Washington, DC, but has a presence in 22 states with thousands of Black mothers who have lost children to violence.

“We decided to turn our pain into purpose, and come to communities like this, to make a difference, and find some solutions,” she said.

Terry Jackson, shown leaning back and looking at the photographer, was at Racine Circuit Court in June. He is being represented by attorneys Elizabeth Angove, left, and Addison Kuhn, of the Wisconsin Public Defender’s Office.

Yolonda “Yogi” Blair, a prominent and beloved business owner heavily involved in the Racine community, led an effort in May to collect money to support Booker’s family.

Blair’s husband, Terrence Blair, would be killed in a bout of gun violence that same month.

“We can’t live on fear,” were some of the last words Terrence said to Yogi the night day before he died in May. There have been no arrests and the case remains under investigation.

Despite the tragedy that has befallen her, Yolonda “Yogi” Blair is keeping Golden Chicken open in her husband’s honor.

Jackson’s case is making its way through the Racine County Circuit Court. Both sides are reviewing the evidence and no trial date has been set.

Jackson remains in custody at the Racine County Jail on $10 million bail.

A woman has been arrested for harboring/aiding a felon in reference to the Brittany Booker homicide in Racine. A reward is offered for information leading to the arrest of Terry Jackson Jr., wanted for killing Booker, a mother of six.

In Photos and Video: A vigil calling for an end to the violence after killing of Brittany Booker

Brittany Booker’s father, Leonard Larry, center, looks on while surrounded by family as speakers lead prayer vigil for his daughter less than a week after she was killed.

A woman raises her arms during a prayer vigil Wednesday outside the Tyler Domer Community Center, 2301 12th St., following the death of Brittany Booker.

Women comfort one another at Wednesday’s rally outside the Tyler Domer Community Center, 2301 12th St.

Sylvia Bennett-Stone serves as the Director of the Voices of Black Mothers United initiative, she is pictured speaking at Brittany Booker’s prayer vigil.

A number of those who attended Wednesday’s rally for Brittany Booker carried “B” balloons in the slain mother’s honor.

Alderman Maurice Horton speaks to the crowd of the prayer vigil.

Kelly Soggins-Powell, Cofounder of Racine Women for Racial Justice, speaks to the crowd.

Women hold up “Ls” as they express love for Brittany Booker Wednesday.

Chellie Wiles, a founding board member of Racine Women for Racial Justice, speaks to the crowd about uniting to end violence and to stand with women.