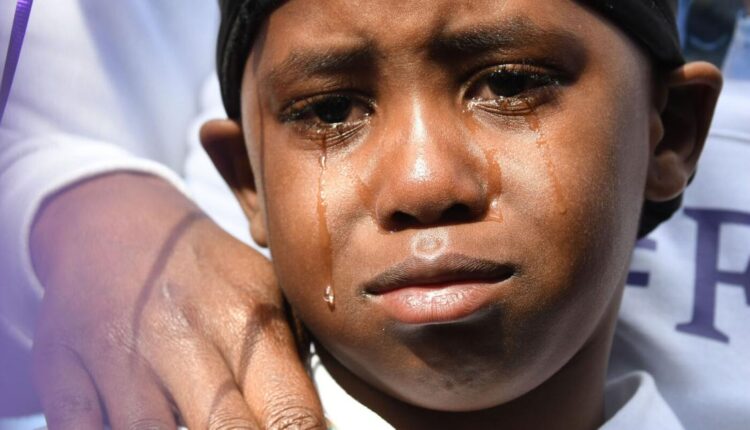 RACINE — Da’Shontay “Day Day” King, who reportedly dropped a gun and was reaching for it, was shot and killed by a Racine police officer after fleeing a traffic stop in May.

The incident was the no. 6 story of the year in Racine County for 2022 as determined by The Journal Times news staff. The ranking is based on news value and impact on the community.

King, 37, was a father of four and lifelong Racinian.

According to authorities, Racine Police Officer Zachary B. Brenner, who joined the Racine Police Department in January 2018, attempted a traffic stop of a vehicle driven by King near the intersection of 12th Street and Schiller Street on the afternoon of Friday, May 20.

King, who wanted on a warrant for being a felon in possession of a firearm, fled on foot following a short vehicular chase, ignoring Brenner’s “commands to stop and drop to the ground,” Police Chief Maurice Robinson said in May.

Robinson said that, after a foot chase, King “took an action” with a firearm he had on his person that led to Brenner shooting King.

King was pronounced dead at Ascension All Saints Hospital soon after.

In early June, about 100 family and friends of King, as well as other community members and at least four elected officials, marched from the Racine Police Department to the Racine County Courthouse to demand the release of the body camera footage of King’s death.

The marchers included King’s brothers Geoffrey and Jordan Cummings. Geoffrey Cummings described his brother as someone who loved his family and community.

“I love him and miss him,” Jordan Cummings said of King in June.

The Wisconsin Department of Justice Division of Criminal Investigation completed its investigation of King’s shooting in mid-June, and the case was turned over to Racine County District Attorney Patricia Hanson.

In July, Hanson announced that no charges would be filed against Brenner. The decision was intended to be announced during a July 19 evening meeting between the Racine County District Attorney’s Office and members of King’s family. However, Hanson’s decision appeared briefly online before the meeting.

Hanson wrote: “My review of the facts and circumstances of this case led me to the conclusion that Officer Brenner is immune from criminal liability in this case as the death of Mr. King was a direct result of Mr. King’s conduct that posed a reasonable and imminent threat to Officer Brenner, under the circumstances as they existed at the time. Mr. King was armed with a firearm, therefore, his intentional use of a firearm was reasonable and necessary under the circumstances.”

Body camera footage of King’s shooting was released July 19 in conjunction with the decision not to file charges against Brenner.

In photos and video: Protesters call for footage from May 20 police shooting to be released

“If I run should I die?” asks a poster carried by a young man Thursday afternoon in Racine.

Natasha Mullens, left, sister of Da’Shontay King, speaks into a megaphone in front of the Racine Police Department on Center Street Thursday.

About 100 people, young and old, gathered to protest Thursday.

About 100 people, young and old, gathered to protest Thursday, chanting things like “No justice, no peace!” and “Say his name: Da’Shontay King!”

A man holds a sign calling for “Justice,” for the May 20 police shooting of Da’Shontay King, Thursday.

Aaron Rodgers and Packers could make playoffs, then be a tough out