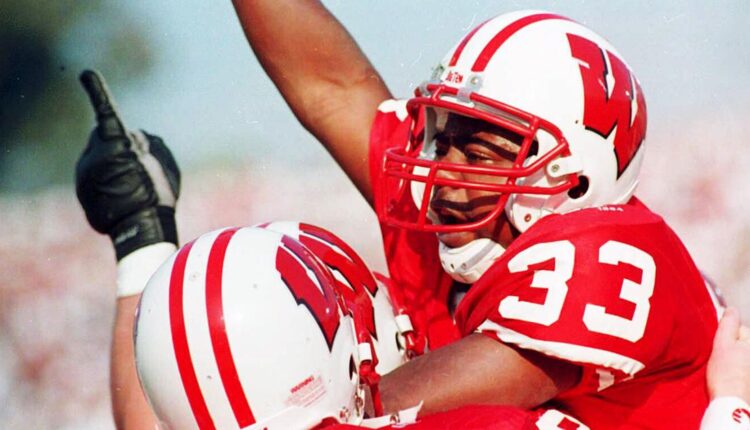 During that memorably scorching summer of 1988, Brent Moss truly arrived on the scene as a junior running back for the Park High School football team.

He wasn’t particularly big at 5-foot-9 and 185 pounds, but players who tried to tackle him often paid a painful price. And he didn’t have sprinter’s speed, but Moss somehow was able to outrun pretty much anyone on the field.

He created a lasting legacy during the next six years, when he routinely dominated headlines in the sports section of The Journal Times.

On Nov. 11, 1988, Moss ran off the Camp Randall Stadium field in jubilation after leading Park to the WIAA Division 1 championship, a feat which captivated this community.

On Jan. 1, 1994, he did the same in Pasadena, Calif., after leading Wisconsin to its first Rose Bowl championship, a feat which captivated this state.

But the brilliant, but troubled life of Moss ended Nov. 13, when he died of kidney failure at the age of 50 in Racine.

Of the top 10 stories as selected by The Journal Times sports staff, the death of Moss was ranked No. 2. The stories were chosen based on news value and impact on the community.

After showing flashes of what was to come as a sophomore in 1987, Moss became a sensation as a junior. He rushed for 1,802 yards and 30 touchdowns in leading the Panthers to a 12-1 record and a 34-14 victory over Superior in the state championship game at Camp Randall Stadium.

About all that eluded Moss that season was the AP Player of the Year award in Wisconsin. He was edged 4-3 by Maple Northwestern running back Jeff Anttila.

Moss was even better than a senior in 1989, rushing for 2,223 yards and 31 touchdowns. But the Panthers’ hope for a second straight state championship ended Nov. 3, when they lost 34-31 to Waukesha South in overtime in a state semifinal at Horlick Field.

Geoff Schick, a senior linebacker on Park’s state championship team, said that getting hit by Moss was an experience that tended to stay with tacklers.

“Brent was an individual who woke up a lot of people when you went against him in a game or in practice,” Schick said. “He made you realize that it’s a special person who is a Division I athlete and you felt that through every fiber of your body when you tried to tackle him.

“Really quickly, did you re-evaluate your perspective in terms of what your opportunities after high school might be because he was just different than anyone else on that field. You felt that every time you tried to go up against him.”

The first recruiting stop Barry Alvarez made after being hired as Wisconsin’s coach in 1990 was to Park High School. Alvarez had seen enough of Moss to know he wanted him for the Badgers.

It took while for Moss to meet the academic standards as UW. But he resurfaced in a big way as a junior in 1993, rushing for 1,637 yards and 16 touchdowns. With Moss setting the tone, the Badgers improved from records of 1-10, 5-6 and 5-6 in Alvarez’s first three seasons to a breakthrough 10-1-1 record and a Rose Bowl championship.

Moss was named the game’s MVP after rushing for 158 yards and two touchdowns on 36 carries in Wisconsin’s 21-16 victory over UCLA. He was also named the Big Ten Conference’s MVP and was a second-team AP All-American during that season.

“I wouldn’t trade him for anyone,” Alvarez said after the game.

But a sad end was in store. With two games remaining in the Badgers’ season, Moss was suspended for possession of crack cocaine in November 1994. He never played college football again.

Moss bounced around after his time at Wisconsin, most notably with a four-game stint with the then St. Louis Rams in 1995. Moss rushed for 90 yards in 22 carries before getting released.

Ironically, it ended where it began — at Horlick Field. On Aug. 4, 2007, he appeared in one game at the age of 35 for the Racine Raiders. Jordan Kopac, the Raiders’ coach at the time, did not play Moss again that season because of health insurance concerns.

It was a summer ending for a player of his caliber. But Moss had long ago cemented his legacy as an all-time great in Racine County.

“I’m just honored I got to coach the guy who was that talented and that tough,” longtime Park coach Phil Dobbs said after Moss’ death. “That’s the biggest thing. He was the toughest guy I’ve ever seen.”

Kenosha faced three mass shootings in 2022, leaving 4 dead and many wounded, in the same year