Racine man charged with attempted homicide after shooting a man 5-6 times on Dec. 21 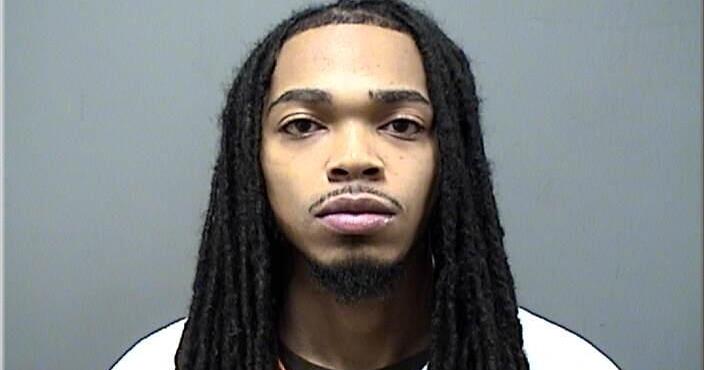 RACINE — A Racine man has been charged with attempted homicide after allegedly shooting a man multiple times, just days before Christmas.

Drinking Too Little Water Linked , to Significant Health Risks, , New Study Finds. The study was conducted by researchers with the National Heart Lung and Blood Institute (NHLBI). It was published Jan. 2 in the online medical journal eBioMedicine. . Based on the data of more than 11,000 people over the span of 25 years, . … the study found that better hydration may lead to a longer life. The results suggest that proper hydration may slow down aging and prolong a disease-free life, Natalia Dmitrieva, NHLBI Research Scientist, via Science Alert. Hydration helps to keep the body’s sodium levels in check. High sodium levels can be an indication of health risk… . … or that one’s biological age is inconsistent with one’s chronological age. The goal is to ensure patients are taking in enough fluids, while assessing factors, like medications, that may lead to fluid loss, Manfred Boehm, NHLBI Senior Investigator, via Science Alert. Doctors may also need to defer to a patient’s current treatment plan, such as limiting fluid intake for heart failure, Manfred Boehm, NHLBI Senior Investigator, via Science Alert. Researchers say the results of the study have global implications. Decreased body water content is the most common factor that increases serum sodium, , Natalia Dmitrieva, NHLBI Research Scientist, via Science Alert. … which is why the results suggest that staying well hydrated may slow down the aging process and prevent or delay chronic disease, Natalia Dmitrieva, NHLBI Research Scientist, via Science Alert

According to his criminal complaint:

At 7 pm on Dec. 21, officers were sent to a residence at the 900 block of Wisconsin Avenue for shots fired.

Upon arrival, officers saw a man in front of the residence suffering from multiple gunshot wounds. He had to be transported to Froedtert Hospital due to the seriousness of his injuries. A gun was lying in the front yard and another man said Cosey was the person who shot the man.

A woman on scene said she brought Cosey to her residence to spend time with his 1-year-old daughter. The two of them got into an argument about the child having a diaper rash. She said Cosey has been violent with her in the past so a family member was called for safety reasons. Her older sister’s boyfriend came over to calm the situation down, and things between him and Cosey seemed to be calm, but then he punched Cosey and the two began fighting. Another man tried to separate them as the woman fled into the living room. She heard gunfire and saw the man suffering from multiple gunshot wounds.

The man said he saw a gun on Cosey and believed he was going to shoot him so he rushed him. He said he was shot and then Cosey fled the residence. The other man said he saw the two of them physically fight and then Cosey grabbed the gun from his waistband and began to fire. He said Cosey fired five or six shots, striking the man multiple times. He said he also heard Cosey say something about popping him during the incident. Bullet holes were found in the bedroom wall and stairwell wall.

Cosey was given a $100,000 cash bond in Racine County Circuit Court on Tuesday. A preliminary hearing is scheduled for Jan. 11 at the Racine County Law Enforcement Center, online court records show.

Timmy D Young1700 block of Skyline Drive, Racine, possession of narcotic drugs, possession of THC, operating a motor vehicle while under the influence (1st offense, with a minor child in the vehicle).