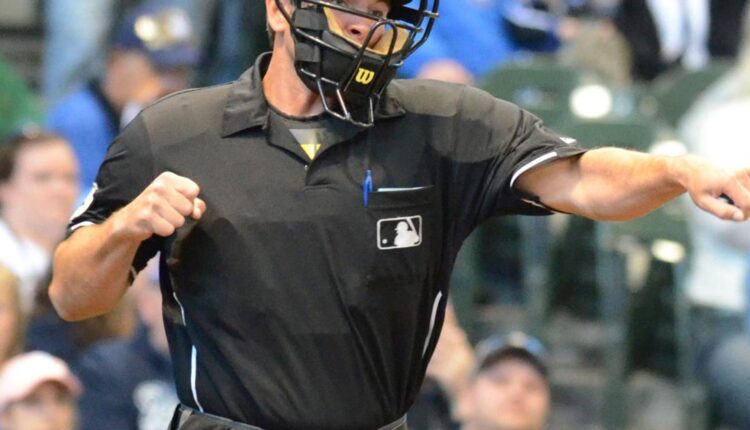 His no-surrender approach while pursuing a dream that easily might never have materialized paid off in such a grandiose way.

At precisely 5:51 pm on Jan. 3, 2022, Ben May’s cell phone stirred to life while he was driving north on Water Street in Milwaukee. Placing the call was Rick Rieker, head of umpires for Major League Baseball. Rieker built the suspense with May by making some jokes before connecting him with Michael Hill, senior vice president for on-field operations for MLB.

May, 20 days from his 40th birthday at the time, will likely remember Hill’s words for the rest of his life.

“Pending your physical, you are conditionally hired for Major League Baseball in the umpiring department,” Hill said.

Call it almost an impossible dream. May, a 2000 St. Catherine’s High School graduate, had worked his way to the status of substitute umpire in the major leagues in 2014 after toiling the backroads of minor-league cities since 2007.

But that was only one step. May would still have to bounce between the major leagues and minor leagues and hope that he would one day receive that elusive call. In most cases, umpires aspiring to make the big show never receive that call.

As Bill Topp, chief operating officer and executive editor of Racine-based Referee Magazine explained, “In some ways, it’s more difficult to make it as an umpire than as a player. There are only 95 or so MLB umpire jobs. Those jobs generally only open up when an MLB umpire retires or dies. Other years, a few. You have to have tremendous persistence, knowing your chances to make it are very slim.”

As talented as May was on baseball diamond, he realized that he faced long odds. He also realized he was walking on a career tightrope with no safety net.

Numerous umpires trying to make the major leagues have been let go even with hundreds of game of experience in the minors. May knew his umpiring career could end at any time in similar fashion. And he obviously wasn’t getting any younger.

Instead, May made history from a local perspective. It is believed that he became the first Racine native to be named a fulltime major league umpire.

There’s also a matter of rewards. The pay is significantly higher. He received vacation that is built into his schedule, something that umpires who aren’t fulltime don’t receive. He has a set schedule, which he didn’t have while bouncing between the major and minor leagues.

And the memories from a grueling life while trying to achieve his dream are gradually being replaced by a supreme sense of satisfaction.

“I worked one week in Toledo last year and, on my last game, I worked the plate,” May said. “It was a four-hour game and I missed my flight to Atlanta because I had to get an X-ray on my thumb from a foul ball in the first inning.

“I won’t forget my last AAA game. It was painful both physically and mentally.”