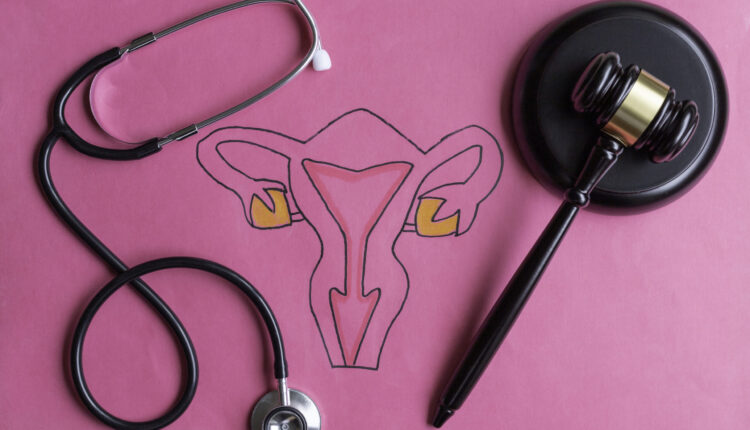 In a motion filed on Monday, attorneys for three legislative leaders argued that a lawsuit against Wisconsin’s 173-year-old abortion ban should be dismissed and claimed enforcement of the ban was merely hypothetical.

The lawsuit argues that the state’s criminal abortion ban, which was enacted into law in 1849, is no longer enforceable because the Legislature has passed laws since then that regulate abortion. Making abortion illegal contradicts placing restrictions on how an abortion can legally be provided, the lawsuit contends.

“The pre-Roe and post-Roe Wisconsin laws thus directly conflict if both were applied to abortion,” the lawsuit states. “Either it is lawful to provide a pre-viability abortion, or it is not. Either it is lawful to provide an abortion to preserve the mother’s health, or it is not. These are exactly the circumstances where courts hold that the older law may not be enforced — particularly when that law imposes criminal sanctions. Wisconsin abortion providers cannot be held to two sets of diametrically opposed laws, and the Wisconsin people deserve clarity.”

In their response motion, the Republicans, Assembly Speaker Robin Vos (R-Rochester) and Sens. Chris Kapenga (R-Delafield) and Devin LeMahieu (R-Oostburg), argue the lawsuit should be dismissed because the legislators aren’t the proper people to sue, the executive officials bringing the suit don’t have a legal reason to bring the suit and any enforcement of the law is a future “hypothetical” controversy.

First, the Republicans argue that they aren’t the proper defendants in a lawsuit against the abortion ban. Legislators don’t enforce the law and therefore have no role in how the state’s criminal justice system interprets the statute, they contend.

Kapenga Brief in Support of MTD

“By suing only three individual legislators in their official capacities, precisely none of whom play any role in the enforcement of Wisconsin’s criminal law, Plaintiffs have filed a non sequitur lawsuit,” the motion states. “Even in their official capacities, Defendants are in no better position to enforce the law or redress Plaintiffs’ purported injury than any other private citizen of Wisconsin. These legislative officials do not enforce the law.”

They also argue that their status as legislators gives them immunity from being defendants in a civil case — especially in a lawsuit brought by the state government’s executive branch.

In addition, the Republicans argue that the lawsuit only alleges that hypothetical, future cases of enforcement of the ban will harm Wisconsinites and that there’s no way to know how local district attorneys will interpret the law and bring charges against potential violators.

“Plaintiffs have made no allegations of any imminent injury,” the motion states. “Indeed, their Complaint makes no allegations at all that the statute they challenge will soon be enforced against anyone.”

The motion also uses Democrats’ own statements — such as Kaul’s assertion that the Wisconsin Department of Justice won’t enforce the ban — to argue there’s no threat.

“Plaintiffs certainly give no indication that they themselves will soon enforce the statute as part of their official duties,” it continues. “The Attorney General — who advises district attorneys, handles criminal appeals, and can represent the State in any case, including prosecutions, at the request of the governor or legislature — expresses no intent to enforce it … Unable to allege a plausible threat of imminent enforcement, Plaintiffs must resort to hypotheticals and speculation in the face of numerous uncertainties.”

Since a number of Democrats, including Kaul and the district attorneys of Dane and Milwaukee counties, have said they won’t enforce the law, the motion states that the lawsuit doesn’t allege “any credible threat of prosecution.”

Republicans running for office this fall, however, including gubernatorial candidate Tim Michels and attorney general candidate Eric Toney, have explicitly stated they would enforce the ban if elected. Michels, for example, has said he would fire Milwaukee County District Attorney John Chisholm on his first day as governor.

The Republicans also argue that the Democratic executive officials are only looking for a court to issue an “advisory opinion” on the interpretation of state statute, rather than a declaratory judgment on the law, which they say means the lawsuit was brought improperly. The Republicans also state that the officials haven’t been harmed by the statute, so are unable to file a lawsuit anyway.

“Plaintiffs plainly lack the most common interest to support an action for a declaratory judgment on a statute’s applicability: fear of prosecution,” the motion states. “In short, no Plaintiff has a cognizable interest in this suit beyond seeking an impermissible advisory opinion.”

If a court does not grant the motion to dismiss, the Republicans argue that the claim in the lawsuit that the state’s abortion laws are in conflict with each other isn’t true. They argue that the statutes overlap, but don’t conflict in a way that would mean the repeal of the 1849 ban.

“Wisconsin courts ‘will not ‘lightly or quickly’ conclude that statutory provisions are irreconcilable,’” the motion states. “Instead, ‘[a]ll statutes passed and retained by the Legislature should be held valid unless the earlier statute is completely repugnant to the later enactment.’ The plain texts of the statutes cited by Plaintiffs are not in conflict at all, much less ‘completely repugnant’ to each other.”

Neither the Wisconsin Department of Justice nor a spokesperson for Evers responded to a request for comment.

Milwaukee restaurant Jackson Grill steakhouse on south side to reopen