Milwaukee restaurant Jackson Grill steakhouse on south side to reopen 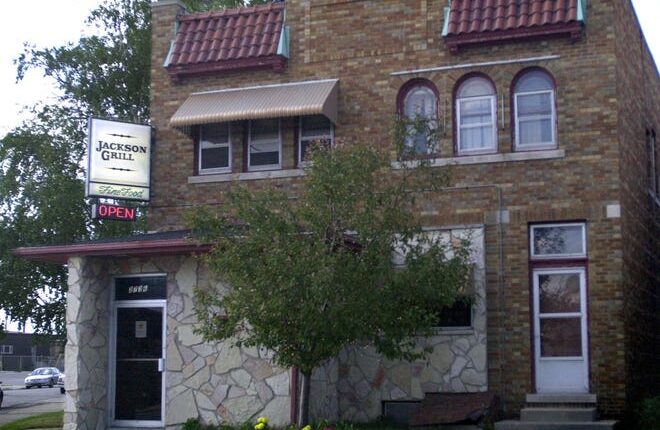 Jackson Grill steakhouse on Mitchell Street is likely reopening under new ownership later this year or in early 2023.

Milwaukee restaurateur Andrew Radjenovich, who opened Saloon on Calhoun and helps run 4th Base Restaurant on 51st Street and West National Avenue, said he is in the process of purchasing the building and getting the licenses to reopen Jackson Grill.

“The Jackson Grill, that place was amazing,” Radjenovich said. “I was shocked when it closed.”

Soon after it closed, Radjenovich connected to Schmidt through friends and began talking about reopening the restaurant.

“My friend’s parents said, ‘You should call Heidi’. We connected and she thought I would be perfect to have the baton handed down to,” Radjenovich said. “It’s an honor, the city and the people who have been going there for a long time are going to be happy to have it reopen.”

Radjenovich opened Saloon on Calhoun in 2008, and sold it to the most recent owner in 2011, who closed the restaurant earlier this month. He then went to work with his in-laws at 4th Base Restaurant, which serves tenderloin, everyday fish fry, crab stuffed portabella mushroom and more.

Radjenovich said he wants to keep most things the same about Jackson Grill, formerly popular with Milwaukee politicians, CEOs, athletes and Brewers legends like Bud Selig and Bob Uecker.

Jackson Grill had an old-school, classic neighborhood-restaurant atmosphere — bar in the front, dining room in the back — which led some to think of it as a supper club.

“When there is a successful business out there, you don’t have to change it really,” Radjenovich said.

Schmidt shared things like their bananas foster recipe with Radjenovich, but other than that, “Jimmy didn’t really write too much down … you just have to cook with your heart with a lot of that stuff, and if you do that you ‘ll be good.”

Radjenovich is in the process of closing the purchase on the building and gaining restaurant licenses with the city. He hopes to open sometime between November and January.

Carol Deptolla of the Journal Sentinel contributed to this report.

ACTS to show ‘Wonder’ at Back to School outdoor movie night Aug. 26