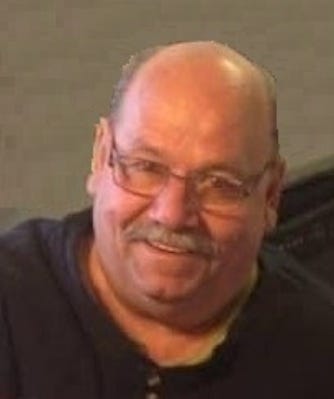 Robert (Bob) A Brooks, age 78, of Green Bay passed away on Friday, September 16, 2022, at his residence from an apparent heart failure. Bob was born September 18, 1943, in Detroit, son of the late Leonard and Alice (Spencer) Brooks. He was a graduate of Arlington Heights High School with the Class of 1962. From there he worked in service stations working on cars and eventually became a certified mechanic working for a variety of shops in the Chicago area and became the youngest service manager at Grayslake Chevrolet in Grayslake IL. In 1976 he moved to Green Bay, WI. He spent some time with Woody Jepson Chevrolet before opening a very popular pizza restaurant, The Pizza Stop, with his oldest friend Gary Johnson. In 1981 he married Suzanne (Suzi) “Greve” Brooks. They raised two children together and were married until the early 2000’s. In the mid-1980s he started work with LeMieux Toyota to try his hand at selling cars. As with everything else he was a success at it and won top sales awards every year for truck sales in the whole region and worked there until his retirement in 2008. Bob enjoyed hunting, fishing, watching races, traveling, a good meal, and spending time with his friends and family. Bob was very proud of his grandchildren and loved his grand pups. Bob was always willing to lend a helping hand. He would always try to find a way to help anyone out with a project or anyone in need. He especially had fond memories of yearly fishing trips to Canada and his time spent at the “hunt club.” He was a charter member of Fox Ridge Game Farm and stayed active until his health prevented it. His sons still hunt and enjoy their time there. In his retirement years he was often found commiserating with the Buster’s crew whether playing fantasy football, watching pool games, playing the machines, or telling stories to whoever would listen. Survivors include his sons: Dallas (Heather) Brooks, Kyle (Kristin) Brooks; Grandchildren: Karmyn, Spencer, Katelynn, Kinsley Brooks, and Beckett Fortier; One brother: Jeffrey Brooks; One SisterMary Brooks; former wife: Suzanne Brooks-Balskus; sister-in-law: Heidi (Steve) Gillis; brother-in-law: John Greve; and mother-in-law: Doris Greve. Several cousins, nieces, nephews and countless friends, especially Gary Johnson and Norman (Norm) Weselowski. He was preceded in death by both of his parents: Leonard and Alice Brooks; father-in-law: Roger Greve; sister-in-law’s: Lucy Brooks and Vicky Greve; and favorite cook: Leona Johnson. Cremation has taken place and the family will greet relatives and friends at Lyndahl Funeral Home on Saturday October 1, 2022, from 12 noon until 2pm at which time a celebration of life/memorial service will take place at Lyndahl Funeral Home with Pastor Malme from Pilgrim Lutheran Church officiating. The burial of his remains will be done privately on a later date. Expressions of sympathy may be sent to the family by visiting www.lyndahl.com In Lieu of flowers, memorials may be made to his Go Fund Me page https://gofund.me/37ba12fb The Lyndahl Funeral Home and Cremation Services is assisting the family with arrangements.