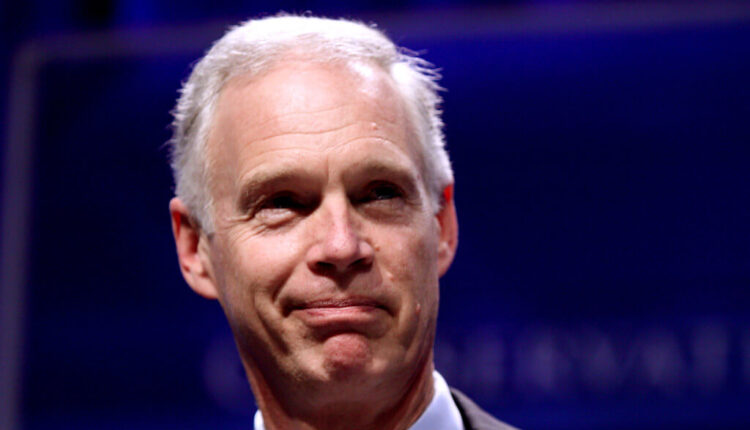 Sen. Ron Johnson is a famous flip-flopper. Take his recent wriggling on the bipartisan same-sex marriage bill for which Wisconsin’s other senator, Democrat Tammy Baldwin, has been busy rounding up Republican votes. Back in July, when the bill passed the House, Johnson said he saw “no reason to oppose it.”

But then recently he clarified his non-opposition, saying it doesn’t mean he will support the bill, which he called “unnecessary” and “divisive.”

On Tuesday, when Sen. Lindsey Graham introduced a nationwide abortion ban, Johnson was similarly cagey. He wouldn’t say whether he would support the bill, instead declaring that abortion should be decided by “we the people” in each of the 50 states.

“As the senator has said many times he believes this is a profound moral issue and agrees with the Dobbs decision to allow the democratic process to unfold in each state to determine at what point does society have the responsibility to protect life,” his spokesperson Alexa Henning said in a statement reported by the Wisconsin State Journal.

Leave aside for a moment the mixed-up notion that profound moral issues should be decided by a patchwork of state Legislatures — the opposite of the moral argument in the civil rights movement that instead of a state-by-state free-for-all, there ought to be federal protection for fundamental rights.

Those earlier versions made abortion a crime if “the probable post-fertilization age of the fetus is 20 weeks or more.” The latest version drops the gestation period to 15 weeks.

During his press conference Tuesday announcing this year’s ban, Graham was confronted by a woman who asked what will happen to people like her. She found out at 16 weeks that a wanted pregnancy had gone terribly wrong, with fetal abnormalities that were incompatible with life. Graham had no answer.

“As to your particular case, there will be exceptions for life of the mother and rape and incest,” Graham told the woman. When she objected that those exceptions would mean nothing in cases like hers, he just blathered on, “Well, there are 55,000 abortions after the 15-week period and I think we’re resolved to get America back in line with the rest of the world. And we won’t know where America is until we vote, until we debate.”

“And so to my Democratic friends,” Graham said, pivoting to more comfortable terrain, “you’re going around calling us every name you can think of; we’re a bunch of wackos. Your idea is wacko, not ours. Let’s vote.”

On that last point, a lot of Democrats agree with Graham: They’d like to see Republicans in Congress go on the record supporting Graham’s 15-week abortion ban right before the midterm elections. With women registering to vote in record numbers after the Supreme Court eliminated federal protections for abortion rights, this issue could be a major liability for Republicans.

The nationwide abortion ban probably won’t come to the floor as long as Democrats control the Senate. But here in Wisconsin, Planned Parenthood has already stopped providing the procedure, and desperate women are running for the borders. Many of them, like the woman who confronted Graham, have had tragic complications in wanted pregnancies and are struggling through grief and fear and logistical hurdles to getting the care they need, which Wisconsin doctors can’t provide until they can prove the women are on the verge of dying. It’s a nightmare.

All of that is fine with Ron Johnson, who told the Wall Street Journal that he doesn’t expect abortion to be a big deal on the campaign trail. “It might be a little messy for some people, but abortion is not going away,” he said.  Women who don’t like living under Wisconsin’s 19th century no-exceptions abortion ban “can move,” he added.

With Republicans divided over Graham’s latest bill, Johnson was trying to have it both ways on Tuesday, pretending that he’s not already on the record supporting the same nationwide abortion ban over and over and over again. He is counting on the support of the hardcore anti-abortion base while fudging the details and pretending he might have a softer view that’s more in line with moderate voters.

That’s nonsense. Right after the Dobbs decision came down, Johnson celebrated, calling it the “correct decision” and taking credit for helping to confirm Donald Trump’s nominees who overturned Roe v. Wade, sending Wisconsin back to the 19th century. “Roe and Casey [the 1992 Supreme Court decision affirming the essential holding of Roe v. Wade] were so poorly decided. This is a really good decision. This is what should have happened 50 years ago,” Johnson said after Dobbs.

Whatever you think of his confusing position that abortion is both a critical moral issue and also should be decided in a patchwork of ways in different states, it’s clear what Johnson thinks should happen to Wisconsin women: Whether under state law or one of the many nationwide abortion bans he has cosponsored, he’s pushing to make sure we lose our rights.

Ukraine’s Recent Wins Was a Shock Only to Russia