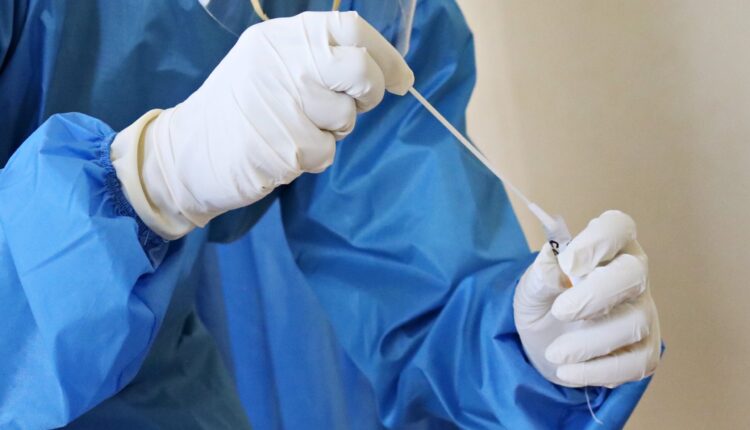 As COVID-19 cases continue their surge across Wisconsin, some school districts are feeling the pinch from a shrinking supply of tests for the infection.

The shortage is reportedly most critical for antigen tests, Wilson says. Antigen tests for COVID-19 can be rapidly analyzed. The PCR test, which examines a specimen for the genetic material from the virus, can take one to three days to complete the analysis.

In the School District of the Menomonie Area in Dunn County, the administration told staff in a message sent Wednesday that the state had temporarily depleted its supply of COVID-19 antigen tests.

“We’re seeing many efforts coming from the federal government to increase the supply of antigen tests,” said Karen Timberlake, DHS secretary-designee, at a media briefing on the pandemic. At the briefing, Timberlake and Gov. Tony Evers also announced that Wisconsin National Guard troops would be deployed to serve as nursing assistants in skilled nursing homes.

The state’s resurgence of COVID-19, driven by the much more contagious omicron variant of the SARS-CoV-2 coronavirus, has ratcheted up demand for testing in schools. DHS funds its school testing program with federal pandemic relief money.

According to Timberlake, more than 78% of Wisconsin public school districts are participating in the program, along with 20% of private schools. “They are working with a wide network of vendors who offer principally PCR testing in schools,” she said.

The Menomonie school district memo told staff members that while it awaits a new supply of tests, “the district will accept the results of ‘at-home’ tests for identifying positive cases.” A call to the district for more information was not returned.

But Dr. Ryan Westergaard, chief medical officer in the DHS Bureau of Infectious Diseases, said Thursday that both DHS and the federal Centers for Disease Control and Prevention (CDC) have recommended against using at-home COVID-19 tests to determine if someone is clear to go back to work after isolating with the infection.

“They can provide information for individuals who want rapid results [to establish] whether they have COVID,” Westergaard said of the at-home tests — such as whether to take part in a group gathering. But for returning to work or school, “our recommendation is not to use that home test, but use ones that are done in a supervised setting, where we can be confident that the proper steps were followed and the interpretation is correct.”

Timberlake noted that the Food and Drug Administration announced Wednesday it would extend the expiration date for BinaxNOW COVID-19 antigen tests for three months.

For the PCR tests, Timberlake said that “the vast majority” of laboratories working with DHS are able to complete the analysis in one to two days. The volume of tests is the primary reason the analysis is sometimes slower, she said, and DHS is signing up more drugstores, clinics and other testing facilities.

For people who suspect they have COVID-19 and have taken a test but not yet received the result, Timberlake said, “We need you to act as though you have COVID while you are waiting for that test result.” That would include wearing a well-fitting mask “at all times,” she said, and for people with symptoms to stay isolated from other people.

The National Guard deployment to boost health care staff comes as hospitals continue to strain under a new influx of COVID-19 patients.

Evers said the initial training and deployment was expected to free up 200 or more nursing home beds by the end of February. The action is aimed at providing space for patients ready to leave acute hospital care and to recuperate in nursing care to provide more hospital capacity.

There are already 50 National Guard members in six skilled nursing facilities in Wisconsin, which Timberlake said will open up 78 beds for patients released from hospitals.

DHS has also placed 626 health care workers from contract agencies, including nurses and nursing assistants, in hospitals and residential facilities around the state since October.

With No End in Sight to Pandemic Life, Parents Find Disruption Is the New Normal