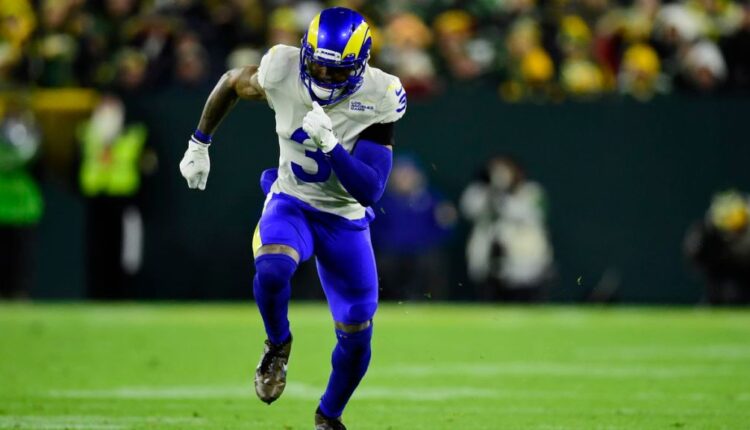 Aaron Rodgers spoke out this past week about his new young receiving core dropping passes and didn’t hold back on the fact that it is a problem that needs to be fixed…now! The Green Bay Packers offense will look a whole lot different this year with the departures of Pro Bowl receiver Davante Adams, and Marquez Valdes-Scantling making the wide receiver room a lot smaller and younger. With a little over two weeks left till the start of the NFL season, there is still one player left on the free agency market that we have sort of forgotten about. Wide receiver and once top five receiver, Odell Beckham Jr. Here is why I think the Packers should sign him.

1- He Will Have Aaron Rodgers Throwing Him The Ball:

It’s safe to say that when the New York Giants traded Beckham Jr to the Cleveland Browns in 2019, he just wasn’t the same receiver who was racking up 1,000-yard seasons and making one-handed catches left and right. It was simply because he wasn’t given the opportunity to and was not in the right situation. But imagine having him on the same team with Aaron Rodgers throwing him the ball. That’s a scary combination and if Beckham Jr. remains healthy and Rodgers keeps putting up MVP numbers as he did in 2020 and 2021, the Packers will be a major contender in the NFC and possibly get over the hump and make it to the Super Bowl .

2- The Packers Are In Need Of A Number One Receiver:

The problem with Beckham Jr. not putting up the numbers that he used to with the Giants on the Browns and Los Angeles Rams was that he was not a primary number one target or receiver on those teams. The Packers need a number-one receiver. Randall Cobb is not the same player, Allen Lazard is simply not there yet, and Sammy Watkins is past his prime. I think if you put Beckham Jr. on that roster he will see immediate playing time and will be a number one receiver that the Packers can have to replace Davante Adams.

It will not cost that much to bring Odell Beckham Jr to the Packers or any team really. This is not a knock on Beckham Jr. at all, he’s an amazing receiver when healthy and is an ascending talent. It’s just the injury bug he has dealt with the past few years. It may be a risky move to bring in a player who has suffered from multiple ACL injuries but it won’t cost you that much. So, why not give it a shot?