The importance of brutalist buildings in the Cream City 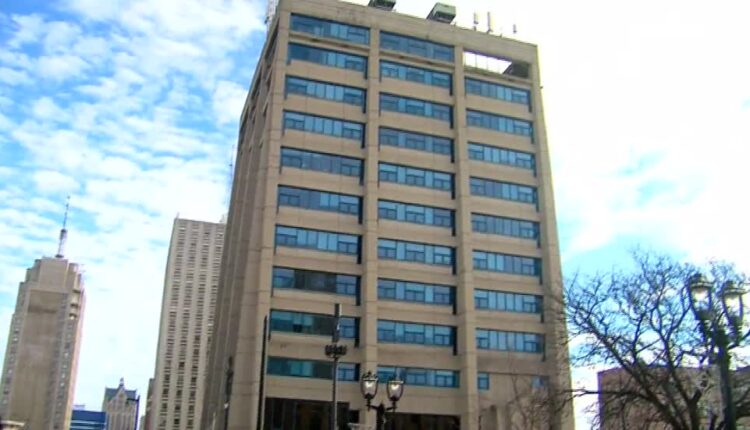 MILWAUKEE (CBS 58) — The Cream City is known for classic cream brick, but also for another kind of architecture that doesn’t usually endanger as much praise, midcentury brutalism.

“Simple volumes, exposed materials exposed, concrete exposed, brick exposed steel, lots of glass,” is how UW-Milwaukee School of Architecture and Urban Planning Assistant Professor Alex Timmer describes the buildings that fill much of Milwaukee. “You see grids, you see, the … window layouts are in grids, the building plans are in grids, the ceiling, as we’re seeing here is a grid.”

Inside the Milwaukee County War Memorial, Timmer described the features of the most famous example of brutalist architecture in the city. Not everyone is in love with it.

“The classic critique of brutalist architecture is that it is cold and soulless,” said Timmer.

But Timmer says buildings like Sandburg and Curtin Halls on the UW-Milwaukee campus shouldn’t be written off as blocky, uninteresting monoliths. They’re examples of a brutalist style found all over Milwaukee, buildings often from the 1950’s, 60’s, and 70’s when the style exploded in popularity thanks to the development of steel beams and concrete that enabled architects to build big and fast.

It’s easy to see why many people prefer the neo-Renaissance style of the public library, rather than its brutalist neighbor 735 West Milwaukee, but buildings like these do have their fans.

Matt Amman is the treasurer of the Wisconsin chapter of Docomomo, a nationwide group advocating for and documenting modernist architecture from the last century, including brutalism, which Timmer says is part of the larger modernist movement.

Amman says when you discount all brutalist buildings, the beauty of a building like the War Memorial can be unfairly dismissed.

“This is a building that was designed by Eero Saarinen. It’s probably the most important public lakefront structure in the state of Wisconsin,” said Amman.

Timmer says well-known buildings across Milwaukee in the brutalist style are important to the city’s identity, such as the Police Administration Building and the post office on St. Paul Ave. The style itself communicating the power held within.

“Their monumentality this sort of their scale, their scope, they’re sort of towering over things. And so that’s another reason you see them on these administrative buildings,” said Timmer.

“[These buildings are] starting to get 50-60 years old, is that we’re getting to that point of wanting to have to save them, and people don’t like them because they tend to stand out. They tend not to be like anything else around them,” said Timmer, “and that was always the intent”

Timmer says the War Memorial, displaying its mosaic designed by local artists with the date ranges of the Korean War and World War II are easy to argue for the need to preserve it, but that isn’t the case for many other brutalist buildings.

“For example, where it isn’t necessarily like a super notable cultural building and yet, it is a unique type of architecture, a unique type of construction, and a representation of a particular time in history,” said Timmer.

A history people like Amman says is already being inadvertently chipped away at– like at the War Memorial’s very visible cell towers, something he says other architectural styles like the art museum and library are spared.

“We would imagine that the architect there would be opposed to any sort of cell phone towers on their structure. Same thing here,” said Amman.

Timmer says it’s time for a discussion about the future of these structures.

He positive these buildings made of concrete, steel, and glass, and designed to stand out, were also made to be durable and useful to the people who interact with them for generations to come, and when you get rid of a piece of history, you can’t just get it back.

“Saving these buildings, it really is going to require you know, literally just restoration and sort of maintenance and also creative rethinking of what we can do in those spaces,” said Timmer, “if we just tear them down. We’ve defeated the purpose of why we built them in the first place.”