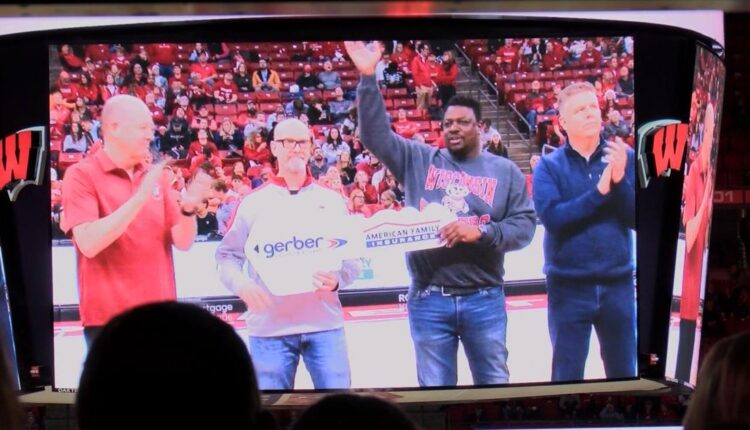 MADISON (WKOW) — A nonprofit working with the homeless community in Madison has been given a tool that will take their outreach further than before and Badger basketball helped them celebrate.

Catalyst for Change (CFC) was chosen as this year’s American Family Insurance Dreams Foundation Grant winner – getting them a new truck to help with community outreach.

“The way that catalyst for change folks are working the community is really unique, right?,” Maggie Pascaly, Community and Social Impact Director with AmFam said. “They’re really intentional about not only connecting with the community at large, the business community and those that they’re trying to serve.”

While they’ve made a big impact through Madison, Catalyst for Change has only been a nonprofit since 2019.

“This man and I have a very lofty ambition of how we want to help and the scope of that help,” Michael Moody, co-founder of CFC said. “We just need support from the community to continue to grow.”

Moody and his co-founder John Adams met while working at a church. Adams says once the pair met, they started “talking shop” and coming up with radical ways to change the city they love.

“We wanted to help people from a holistic perspective to bring them and build them up so they can be reacclimated back to society,” Adams said.

The pair provide survival gear to Madison’s homeless, like tents and sleeping bags, employment training, recovery support services and more. To celebrate their next step forward, the CFC co-founders were given a celebratory key during halftime at the Kohl Center.

“They’re really doing profound work,” Pascaly said. “So, we’re really excited to feature them, have a stadium full of cheering Badger fans to better understand the work that they’re doing in Madison.”

Moody and Adams plan to use the truck to help bring survival supplies to people, move them into apartments and take them to food banks. The truck will help the CFC team continue to bring a wide range of support and resources to the community.

Adams and Moody say they’re humbled to be given support from the community to help them continue to do the work that they love.

White House keys in on mayors and mayors-elect for D.C. forum on federal funding