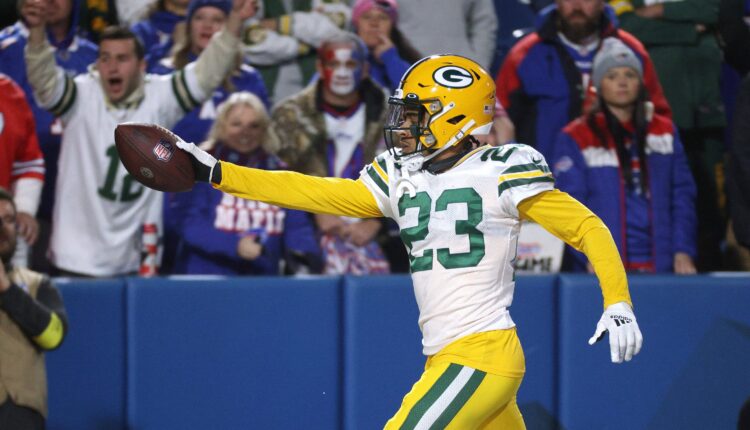 The Green Bay Packers defense has been disappointing through the first half of the 2022 NFL season. This unit features six starters who were first-round draft picks and has Pro Bowl or All Pro players in every position group. Despite that pedigree, the team has not been the dominant group that the front office expected. They currently rank 29th in the league in average yards rushing allowed per game and 16th in points allowed per game.

With an offense in transition, the front office went all in on defense this offseason, hoping the strong play on that side of the ball would earn the pack some wins early in the year before the offense would start to improve and click in the second half . It hasn’t worked out that way.

Here is a look at three players on the Green Bay defense whose potential is not being maximized by the current defensive scheme:

Douglas had a career best season last year after the Packers signed him in October off the Cardinals practice squad. He was most effective playing on the perimeter after both Jaire Alexander and Kevin King were injured. Douglas plays his best in zone coverage but also when he can press the receiver at the line of scrimmage.

This season, however defensive coordinator Joe Barry moved Douglas to the team’s primary slot corner. That is a position the former West Virginia star had not played extensively at the NFL level. Because of his lack of flat out speed, Douglas has struggled to keep up receivers over the middle of the field.

Last season, according to Pro-Football-Reference.com, opposing quarterbacks completed just 50 percent of their passes when throwing to receivers covered by Douglas and their quarterback rating was 44.5.

This year, since the position change, opposing quarterbacks have completed 65 percent of their passes when throwing to receivers covered by Douglas and their quarterback rating has improved to 82.4.

Douglas intercepted five passes last season in 12 games and broke up 13. This season, he has just one interception and six pass break ups in eight games.

Douglas is better suited to playing the perimeter where the sideline can limit the options of receivers and his lack of speed is less of an issue. The attempted move to the slot has not worked out as planned thus far.

The Packers first round pick in the 2018 NFL Draft had his first Pro Bowl season in 2020. At the time, he was considered one of the top cover corners in the league and many scouts felt he still had the potential to get better.

Ja’Money missed most of the 2021 season due to a shoulder injury. During this past offseason, GM Brian Gutekunst signed Alexander to a contract extension that made him the highest paid cornerback in the NFL.

But although he is the Packers best cover corner, Alexander has not been matched often enough against opposing team’s top receiver.

In Week 1, Justin Jefferson had a field day against the Packers, making nine catches for 184 yards and two touchdowns. In that game, Alexander lined up on one side of the field and all the Vikings had to do to create a favorable matchup was to line up Jefferson on the opposite side of the formation.

Just last week against the Bills, the same issue continued. The Packers knew that the Bills would target Stefon Diggs, one of the better wideouts in the league and their top offensive weapon. Diggs and Alexander were seen trash talking in the tunnel before the game and the matchup promised to be one of the more interesting games within a game that we’ve seen all year.

Instead, Alexander spent most of the game matched up on Gabriel Davis. Davis was limited to two catches for 35 yards but Diggs was matchup up against the Packers other defensive backs and torched the Packers for six catches for 108 yards and a touchdown.

The Packers have the highest paid cornerback in the NFL but they aren’t using him to take away the opposition’s best receivers. Even if Barry prefers to play zone defenses, many teams match their best cover corner in man against the other team’s top receiver and then play zone with the rest of their defensive backs. The Packers are simply not maximizing the talent they have in Alexander.

In the second half of 2020, Savage and Adrian Amos were both playing at Pro Bowl level. Amos was the positionally sound player who allowed Savage to make plays both closer to the line of scrimmage and in coverage.

This week, Barry admitted that Savage’s skill set would be a good fit in the slot but he wasn’t eager to move him there because he is concerned about the team’s lack of depth at safety.

Either way, the more conservative, zone-oriented coverages that Barry usually prefers has not been well suited to Savage’s skill set. His play over the last two seasons has fallen off significantly. While it’s not only due to the new defensive schemes, Savage is not being used properly to play to his former strengths.

The Packers defense will not reach its full potential until the coaching staff plays to the strengths of their players and the players execute more consistently.