Unfortunately Packers Haters Have Been Right This Whole Time 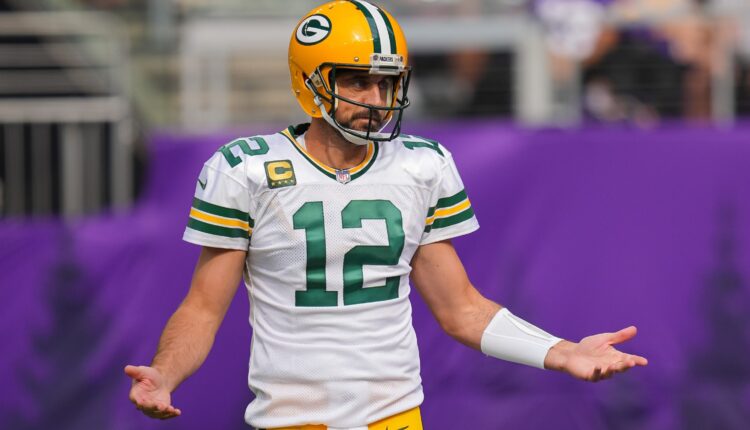 The moment that Matt LaFleur opted for a field goal over putting the ball in Aaron Rodgers hands in that NFC championship game there was no looking back. What followed has been a nonstop national media frenzy focused on every aspect of the Green Bay Packers, their personnel, and their relationships.

Up until this season it had been easy to dismiss it all as silly hatred. Drama for drama’s sake.

“Brian Gutekunst hasn’t drafted the right weapons?” Well, we thought he built a great defense, got a killer running back and is building for the future.

“Aaron Rodgers doesn’t believe in the team and organization?” Says who, we said. Not him or anyone in Green Bay. Look at how well they’ve been gelling.

“The loss of Davante Adams is going to kill them.” We’ll see, we shouted. Aaron Rodgers can make magic with new receivers just like he did old receivers.

Unfortunately those responses that we were so quick to give and even quicker to believe are looking more and more like complete lies. AJ Dillon is great, but he takes reps from the teams best playmaker and
who on earth wouldn’t love to have a wide receiver in their third year with this team. Jordan Love might be the future but was that pick in place of a weapon worth sacrificing the present? Aaron clearly doesn’t believe in some part of the organization or system no matter what anyone tells you. And Matt LaFleur looks completely over his head.

We pointed at people we believed were Packer haters with a motive. Greg Jennings, the former Packer turned Viking. Jeff Saturday, the former Packer that was angry because he got benched. Ryan Clark, the Steeler who’s still salty about his Super Bowl loss. There was a reason they were all pushing this nonsense we thought.

But more and more it’s looking like they were right. They were right back then and they are right right now. It doesn’t matter what our regular season record was the last few years, we were always a move or a weapon short of a title. And now it’s starting to look like that window is closed.

Greg Jennings was on Colin Cowherd’s show on Monday and when cowherd asked him about Rodgers and his belief in those around him, Jennings put it pretty simply.

“This is not happening, it’s not happening. I don’t believe he believes in the guys around him and it’s evident when you look at them what they do offensively. They don’t push the ball down the field. He doesn’t give them opportunities to truly make plays and they’re not making the plays when he does decide to give them that opportunity. So if I’m Aaron Rodgers I can see why he’s frustrated.”

It’s tough to argue those points despite my general distain for Jennings. It’s time to start believing what’s been said. Things are ugly right now in Green Bay and until they start getting better none of us can pretend that the haters aren’t correct.