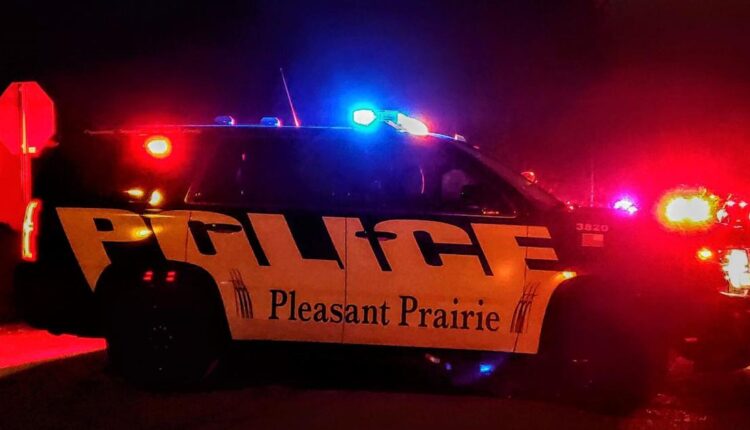 Officers took into custody two boys, ages 15 and 17, both of Kenosha, after receiving report of a suspicious vehicle at the beach in the 10100 block of Lakeshore Drive early Sunday.

At about 1:45 am, upon checking on the vehicle, officers noted that one of the suspects had marijuana “sitting on their lap,” according to a release posted on the department’s social media site.

“They originally gave bad information about their birth dates when the officers tried to (talk) to them,” said Sgt. Mike Algiers, of the Pleasant Prairie Police Department. The teenagers were also parked at the beach after hours, he said.

Officers detained the juveniles and searched the vehicle. They later found several bags containing a white powdery substance that, when tested at the police department, confirmed the presence of cocaine.

Algiers said the two teens were recommended for a summons for possession of cocaine with intent to deliver. They were also cited with obstruction.

In a separate incident at 3:50 pm Saturday, an officer patrolling Sheridan Road near the state line observed a “suspicious subject” staggering while walking in the area. According to police, the suspect “appeared to be under the influence” and was then seen taking a beer can and lighter and attempting to smoke something from the can.

“Our officer noted the suspicious activity and made contact with the subject who admitted to smoking crack cocaine out of the beer can,” according to the release.

The 25-year-old Kenosha man was taken into custody and was found to be in possession of additional crack cocaine, Algiers said.

Authorities recommended charges of possession of cocaine and possession of narcotic drugs.The substance also tested positive for fentanyl, which authorities said has been found with increasing frequency locally.

Fentanyl is a synthetic opioid that is 50 stronger than heroin and 100 times more potent than morphine, according to the US Centers for Disease Control and Prevention. Commonly mixed other drugs, including heroin and cocaine, it is a major contributor to non-fatal and fatal overdoses. An estimated 150 deaths a day occur in the US, from synthetic opioids, such as fentanyl, according to the CDC.

Police encourage residents to call the department if they see suspicious activities. In the event of an emergency, callers can contact 911 or 262-694-7353 for non-emergencies.

Sarah Caldwell, 32, died from an overdose involving heroin in July 2020.

Auriel McNutt, 27, died from an overdose involving fentanyl in June 2020.

Steven Welnetz, 21, died from an overdose involving fentanyl in November 2021.

Erin Kjellstrom, 27, died from an overdose involving fentanyl in May 2020.

Abraham Bendorf, 20, died from an overdose involving fentanyl in February 2021.

Isaac Weires, 19, died from an overdose involving fentanyl in December 2020.