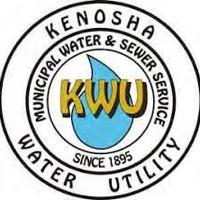 A warrant has been issued for a Chicago man accused of stealing thousands of dollars worth of tools and equipment from the Kenosha Water Utility in late August.

Gerald Reed, 59, was charged in Kenosha County Circuit Court Tuesday with felony theft of moveable property worth $10,000 to $100,000, felony operating a vehicle without the owner’s consent and misdemeanor criminal damage to property.

According to the criminal complaint, a Kenosha Police officer responded to the Kenosha Water Utility, at 4401 Green Bay Road, the morning of Aug. 27 for a report of a burglary.

Upon arrival, the officer spoke with Kenosha Water Utility staff who stated that during the nighttime hours, multiple subjects entered the property and stole a work van and materials out of multiple vehicles. Staff said they were unsure of what exactly was taken out of the vehicles and they noticed the padlock on the northwest fence was cut.

On an east camera, all three subjects can be seen taking a navy blue colored van bearing Wisconsin municipal registration. The van had a large Kenosha Water Utility symbol on the driver side door.

The individuals eventually exited the northwest gate with the van around 3 am, the same gate where the padlock had been found cut off, with the van and magnetic locators and drills.

The Kenosha Water Utility later documented their total loss to be $46,563.

Two days later, Kenosha Police were notified by the Chicago Police Department that the van was recovered by them and in a tow yard.

Inside the van investigators reportedly found Reed’s wallet and other personal items.

According to the complaint, a Special State’s Attorney informed Kenosha investigators that Reed committed similar crimes in the same time frame as the Kenosha Water Utility incident in both Indiana and Illinois.


Antonio Francesco Bane22, of Kenosha, faces charges of probation and parole, and resisting or obstructing an officer.


Luis Manuel Garcia Arista37, of Kenosha, faces charges of stalking, bail jumping, and violation of a harassment injunction or order.


DylanMichael Johnson18, of Racine, faces charges of possession of a controlled substance, bail jumping, and possession of marijuana.


Kailey Ruby Stone29, of Kenosha, faces charges of battery or threat to judge/prosecutor/officer, and resisting or obstructing an officer.