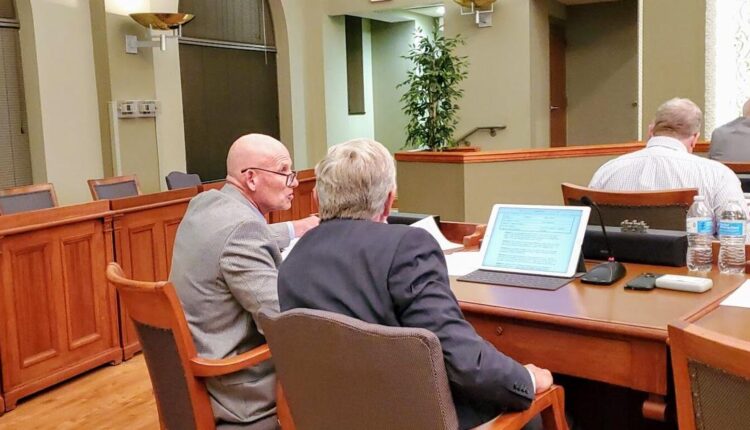 Kenosha County won’t be accepting private grants to fund the administering of its elections any time soon, joining a growing list of municipalities in Wisconsin concerned about outside political forces influencing the local voting process.

The County Board voted 15-8 approving a resolution on Tuesday that prohibits county officials from accepting donations from individuals or non-governmental entities for the purpose of running county elections.

The resolution authored by Supervisor Brian Thomas is based on concerns about private funding from the Center for Tech and Civic Life, which distributed about $8.8 million to municipalities in Wisconsin, donations financed by Facebook, now Meta, mogul Mark Zuckerberg. More than $350 million in grants went to cities throughout the nation.

Among Wisconsin largest cities which accepted funding in varying amounts were Kenosha, Racine, Madison, Milwaukee and Green Bay — cities that tend to lean Democratic, although others conservative-leaning municipalities also have benefited from the Center’s grants.

The City of Kenosha received more than $800,000 to enable it to conduct a “Get Out the Vote” campaign following the April primary elections in 2020, at the beginning of the COVID-19 pandemic and to ensure safety during subsequent elections amid the public health crisis . The grants from the Chicago-based Center went to the five cities to fully fund their “Wisconsin Safer Voting Plan.”

Last year, the State Legislature had passed legislation that aimed to prohibit the use of such funds for administering elections. The legislation was vetoed by Gov. Tony Evers shortly after.

In recent months, judges have also turned down conservative groups’ legal challenges, which have asserted that the use of such private funds for running local elections is illegal. The most recent case, in June, a Dane County judge ruled that the Center’s grants did not violate state laws, upholding a decision by the bipartisan Wisconsin Elections Commission’s rejection of one such complaint that liked the grant money to bribery.

Rulings on similar lawsuits filed against the other four cities, including Kenosha, are pending.

In the last few months, however, more counties have joined Walworth County, which was the first to ban non-governmental election grants, according to Thomas. Ozaukee and Lafayette counties and more recently, Washington County, have also approved similar bans.

He said Green Bay, a city that also had previously accepted funding, is now in the process of adopting a ban. A dozen more cities have either drafted resolutions or begun the process, he said.

“So we are not the first. We won’t be the last and there’s 22 other states that have already passed this in the country and already started seeing the benefits of this, as well,” he said.

While the resolution was approved unanimously in committee, County Clerk Regi Waligora also expressed concerns that it cast aspersions on the county, which did not accept any funding from the center. Waligora said she also has never sought private grants to fund elections since she has been in office.

“Though it is not illegal to apply and accept grant money from private sources, my personal convictions regarding elections is to be mindful of perception,” she said. “And, perception is more influential than fact as we’ve seen. It dictates one’s decisions and beliefs, and in most cases, without seeking the reality or truth.”

Waligora said that the county already has a process in place for accepting grants and donations that is codified. She added that the resolution was unnecessary.

“The bottom line here is the County Board has the final say on any money, through grants or donations, that are accepted,” she said. “Overall, I believe this resolution is an attempt to solve an issue that is not a county issue…

“I believe this is an unnecessary resolution that states facts about other governmental organizations and it’s not applicable to the operations of Kenosha County government,” she said.

Other supervisors who voted against the ban agreed, including Supervisor Andy Berg who said that Thomas had a “personal agenda” to fulfill in bringing forth the resolution.

“And personal agendas should not be brought to the board floor,” he said.

Supervisor Daniel Gaschke said he, too, believed that the resolution’s effect served to “cast a shadow on free and fair elections conducted” by the county.

None of the supervisors, who voted in favor of the resolution, spoke during deliberations.