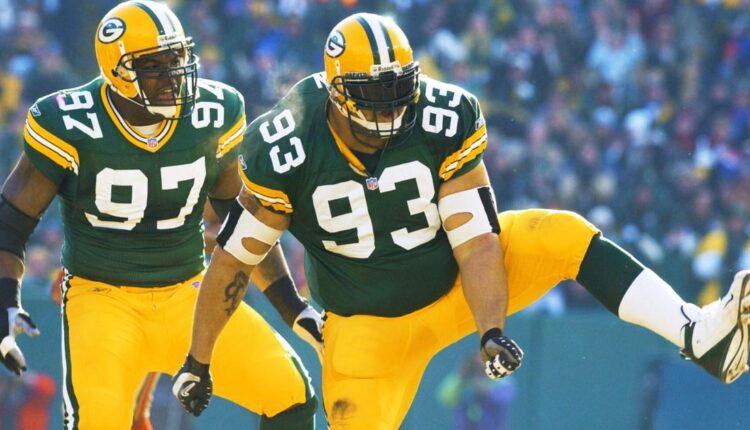 When Green Bay Packers great Gilbert Brown was sacking quarterbacks, he was known as “The Gravedigger,” in honor of his celebratory post-tackle dance.

On Saturday, Brown will try to bury a very different opposing team as a player in the Kenosha Kingfish Celebrity Softball Game.

Brown — a nose tackle who retired from the “Green and Gold” in 2003 — will be joined by several former Packers and a few active players at Simmons Field.

Current Packers on the team are running back AJ Dillon — whose quads have drawn so much attention, they have the individual nicknames “Quadzilla” and “The Quadfather” — and quarterback Jordan Love.

As for Kingfish General Manager Ryne Goralski? He’s looking forward to seeing Dillon in action. (Just to see how those famous quadriceps perform running the bases, no doubt.)

The celebrity team is filled out with former University of Wisconsin basketball star Trevon Hughes, who is now coaches the Kettle Moraine High School boys basketball team, and our own Tristan Jass.

Jass, a Tremper High School graduate, has become an Instagram and YouTube star thanks to his basketball trick shots. Now we’ll see how he handles a much smaller ball.

“The local softball scene in Kenosha is serious,” Goralski said. “It’s a big deal in this town, and there are some great players here.”

Before the softball game, the players will sign autographs and take photos with fans “on a first-come, first-served basis,” Malliet said. “This is a great chance for people to get close to these players and meet them.”

After the autograph session, the game itself “will be a very relaxed, laid-back event,” Malliet said. “It’s designed to be a lot of fun.”

Between innings, a Kingfish staffer will do on-field interviews with the players.

Both Malliet and Goralski said the summer season is—as always—going by in a flash.

“It feels like we just started, but we only have 12 home games left,” Malliet said.

The 2022 season “got off to a tremendous start,” Goralski said. “The weather’s been cooperating, and we’ve had strong attendance. It’s been great to have the new ownership here, too.”

Upcoming promotions include the team’s first 2022 bobblehead (Scuba Diver Elvis, on July 23), Italian Heritage Night (Aug. 5) and the third “Bark in the Park” night on Aug. 10.

Bubba, the team’s ballpark dog, has been at a handful of games and has been a big hit.

The 2-year-old Black Lab comes by his love for the sport naturally, since he’s growing up in a baseball home.

“He’s a part of the show here at Simmons Field, but he’s also my dog,” Goralski said. “Fans love him, and the staff here loves him, too. He loves coming here, and he’ll just keep getting better.”

The Kingfish team, too, has been on a winning streak.

“The team is playing really well in the second half of the season,” Malliet said. “That’s really the key.”

Winning games, Goralski added, “is contagious. When the team is winning, the players get excited and it builds momentum.”

The 2022 season is building toward a big finish in August, with a wedding vow renewal ceremony planned for the Aug. 6 game.

“That’s our last Saturday game and our last fireworks show for the season,” Goralski said. “It’s always a huge crowd, and I’m hoping it’s our biggest night of the season. We’ll have a lot of fun promotions and, hopefully, be heading to the playoffs after that game.”

There’s still time to sign up for an Elvis-themed ballpark wedding or vow renewal on Aug. 6.

The team’s mascot King Elvis will officiate at home plate, in front of family, friends and fans who just showed up for a baseball game and found themselves at a wedding. The Aug. 6 game is also Nurses Appreciation Night, with a Nurse Elvis Bobblehead giveaway.

A $50 fee covers a Champagne toast, a bride’s bouquet and Fish Bowl tickets to the game after the ceremony. Wedding guests are invited to purchase additional Fish Bowl tickets for $31, which includes a ticket to the wedding, the game and a reception with unlimited ballpark food and beverages during the game.

For registration forms and guest tickets, contact the Kingfish ticket office at 262-653-0900 or email [email protected] The deadline to register for an Elvis wedding ceremony is Aug. 1.

Listen: Why Medical Debt Touches Every Corner of America