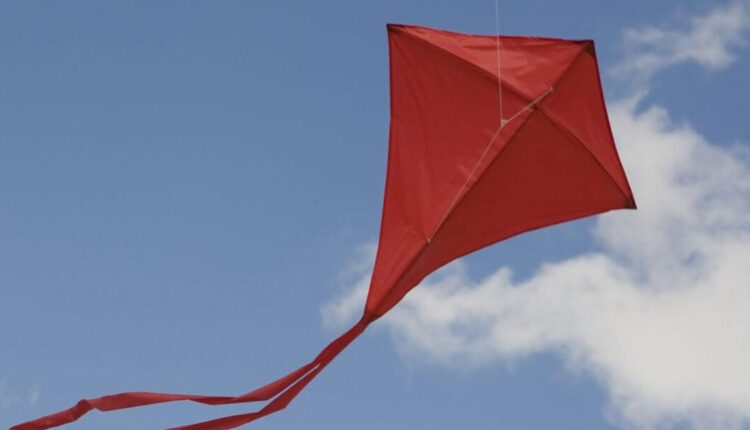 “The weather is our biggest concern each year.”

So said Scott Fisher, who has brought the Outta Sight Kite Flight to Kennedy Park every June for the past two decades.

He made those comments a few days before the weekend festival, adding that the lakefront park “is probably one of the top 20 areas in the country for kite flying because of that wind off the lake.”

Having no wind? “That’s rare, but every once in a while, it does happen,” he said.

Saturday, unfortunately, was one of those rare, wind-free days.

Luckily, the free festival continues today from 10 am to 5 pm in the park, at 40th Street and the lakefront.

The “Canadian Dream Team” of Alex Dagenais and Vincent Duquette, who came to Kenosha from Montreal, are hoping to get their giant kites into the sky today. They brought with them two 150-foot octopus kites, a 100-foot manta ray and a 100-foot whale kite.

“I’ve been flying giant kites for about 20 years,” Dagenais said.

The two also go to kite festivals near their home in Canada, but there “we mostly do winter ice fests,” Dagenais said. “Our nearby parks all have big trees or power lines, so we fly the kites in the winter when we have access to lakes and rivers and open skies.”

The two admit, somewhat sheepishly, to not flying kites much when they were children.

Instead, they picked up the hobby as adults.

“It’s a fun, colorful activity for kids and families,” Dagenais said. “And it gets you outside, which is always nice.”

If the wind cooperates today, look for the Canadians to bring out more of their seafood combo of kites, including a starfish, a crab and a lobster.

“It’s not for dinner,” Dagenais said, “but it’s to seem like you’re in the water — but in the air instead.”

Best things to do in Green Bay Wisconsin

‘Housing First’ cut homelessness in Milwaukee. Can it work across the state? | Local News