‘Housing First’ cut homelessness in Milwaukee. Can it work across the state? | Local News 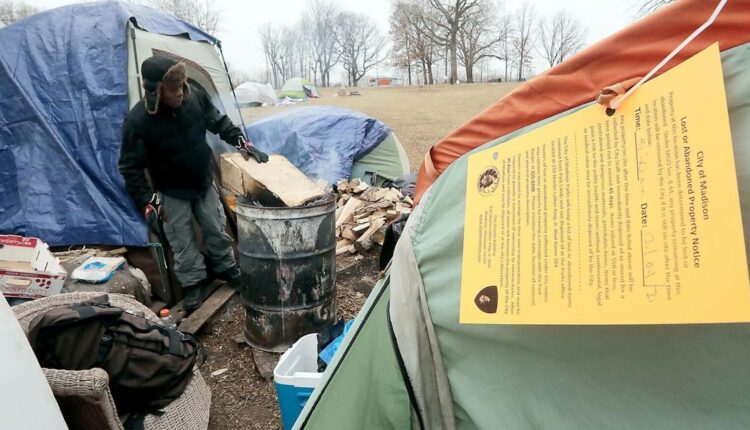 The COVID-19 pandemic has exacerbated homelessness in Wisconsin, with the state now facing a deficit of more than 120,000 affordable homes and over 4,500 people experiencing homelessness on any given night, according to the most recent data from the National Low Income Housing Coalition.

However, Milwaukee County has the nation’s lowest per-capita homeless population, the United States Department of Housing and Urban Development (HUD) announced in March. That is thanks to a set of “Housing First” policies the city has implemented to permanently house as many people as possible before establishing employment, or attending to substance use or mental health issues, said James Mathy, the administrator for the Milwaukee County Housing Division.

Those policies are now being slowly adopted throughout Wisconsin, as Democratic Gov. Tony Evers, running for reelection this year, announced in March about $210 million in grants to combat homelessness in the state.

The Neighborhood Investment Fund comes from the huge sums the state received from the Democrats’ nearly $2 trillion federal stimulus from 2021 called the American Rescue Plan. The fund is intended to help cities address a variety of issues, with the majority of grants creating affordable housing and supporting those struggling with homelessness, according to the state.

The city and county of Milwaukee are set to receive a total of $25 million from the fund, according to the state. Milwaukee County will receive two grants totaling just over $10 million. More than $7 million will go toward building 120 single-family homes for people of color, and will focus on affordable homeownership, Mathy said.

Another $3 million will go toward acquiring and rehabbing a building on the city’s south side that contains a community food pantry and a transitional housing program according to Mathy. The city of Milwaukee is set to receive $15 million for similar projects.

The cities of Ashwaubenon, Eau Claire, Fond Du Lac, Lancaster, Menomonie, Oshkosh, and Wausau will all receive between $2 million and $5 million, approximately.

That funding will be crucial, as Wisconsin’s homeless population is growing in every area of the state, said Michael Basford, the director of the Wisconsin Interagency Council on Homelessness, a state agency with the goal of ending homelessness.

“It really is a universal issue throughout the state — everywhere that I’ve been able to go see it in person, or virtually over the last nearly three years, everybody tells me the same thing,” Basford said. “Access to units that are affordable, particularly to people who are low income, is the number one barrier for people who are experiencing homelessness.”

About 270 individuals were experiencing homelessness in La Crosse as of April. And while the city did not receive a Neighborhood Investment Grant, officials have been trying to get creative to address the growing issue.

After housing people in a hotel over the winter, La Crosse has designated one of its parks as a campground where those facing homelessness are allowed to pitch tents and stay for the summer. It’s seen as a centralized space where agencies and food services can help the most people in one spot.

La Crosse still has its eyes on something more long-term, such as transitional or bridge housing or a city-owned shelter, but officials weren’t able to secure anything over the winter.

Housing prices across the state have doubled since 2012, and have increased nearly $100,000 on average over the last 5 years, according to the Wisconsin Realtors Association.

It’s hard to pinpoint the exact reason housing prices are rising all over the state, Basford said, but in Madison, costs could be driven by the growth in the data sector. On the eastern and western sides of the state, he speculated, the Milwaukee and Twin Cities economies could be pushing people further away from their work.

A huge jump in material prices has also supercharged the housing market. Prices for building materials have risen 33% since the start of the pandemic, according to the National Association of Home Builders.

In the Milwaukee metro area, a renter would need to make about $19 per hour to afford the rent and utilities on a fair market-priced, two-bedroom apartment on a 40-hour workweek, according to the National Low Income Housing Coalition, a nonprofit aimed at decreasing homelessness for low-income people. In Madison, that number is over $23 per hour. The state’s minimum wage is $7.25 per hour.

“If I was the Tsar of Wisconsin and I could make budgetary decisions, I would create a program where I would just cut checks out of whatever is available in the budget for [affordable housing],” Basford said. “But that politically is not a viable option.”

More than 900 affordable units will be built around the state thanks to the Neighborhood Investment Grant, Basford said, but that’s far from the 120,000 units he says Wisconsin needs.

“That number doesn’t mean that you have 120,000 homeless every night, but that does mean thousands of households are one broken arm or COVID diagnosis away from not being able to pay the bills,” Basford said, referring to emergencies that prevent people from working. “There is still going to be a very substantial need for more affordable housing, and that is going to be a very heavy lift.”

“Housing First” policies were first adopted in Milwaukee in 2015 when a group of care partners, city leaders and politicians sat down to create a system that HUD says helped the city succeed in achieving the lowest per-capita homeless population in America.

“A lot of large institutions bought into this plan,” Mathy said. “Having all of our focus on permanently ending cycles of homelessness, instead of just being reactive, is what made these numbers possible.”

On top of using tax credits to create affordable homes, caseworkers in downtown Milwaukee conduct street outreach five days a week, where they work with unsheltered people to put them directly into permanent housing.Data from the Milwaukee County Housing Division shows a 92% reduction in the homeless population on the street since “Housing First” policies were adopted in 2015, and a 53% reduction in the homeless population that is temporarily sheltered.

“We want to make sure that people aren’t just kicked out of encampments,” Mathy said. “The idea of ‘Housing First’ is to decriminalize homelessness, and to make sure people are put in permanent housing.”

Mathy says 80% of the homeless households served in Milwaukee County are Black. This demographic in Milwaukee has the highest rate of poverty in any demographic group, according to the U.S. Census.

Many of the policies and practices Milwaukee has implemented were initially successful in Houston, a city HUD named a “priority community” in 2012.

An audit of the city’s homeless resources found the system disjointed, with duplicative services and people passed around instead of directed toward housing, according to Ana Rausch, the Vice President of Program Operations at the Coalition for the Homeless of Houston/Harris County.

Like Milwaukee three years later, the various organizations in Houston first met to agree on a strategy to address homelessness. Leaders decided to pursue “Housing First” policies that prioritized moving people to permanent housing as fast as possible. The city also set up a facility to recruit and retain landlords and properties for the program.

The latest homeless count found just over 3,000 homeless people in Houston — a third of what it had been in 2011.

“It may be tempting to want to respond to the political pressure, or the community pressure of getting rid of that visible homelessness right away, but it’s just a Band-aid,” Rausch said. “It’s so expensive to temporarily house people. Just doing it right may take a little bit longer, but in the end, you permanently solved the situation instead of pushing them around temporary shelters.”

While there have been pitfalls to Houston’s system — including dirty apartments, apathetic landlords and potentially long waits to be housed — it boasts a 90% success rate in either keeping people housed after 2 years or a positive transition to more permanent housing, Rausch said.

“We put the majority of our funding into permanent housing because we believe that the only way to permanently end someone’s homelessness is to provide them with housing and supportive services, period,” Rausch said.

The Badger Project is a non-profit producing investigative journalism in the state. For more visit thebadgerproject.org.

In Photos: The Great River Road in Wisconsin and Minnesota

A motorist drives along the Great River Road along I-90 north of La Crescent.


A view of the Mississippi River from I-90 along the Great River Road.


A view of the Mississippi River from I-90 along the Great River Road.


A view of the Mississippi River from Hwy. 61 along the Great River Road.


A boat is seen on the Mississippi River from Hwy. 61 north of La Crescent.


A sign for the Great River Road is seen along I-90 north of La Crescent.


A scenic overlook on the Great River Road along HWY 61 in Minn. offers a view of Perot State Park in Wis. across the Mississippi River.


A scenic overlook on the Great River Road along HWY 61 in Minn. offers a view of Perot State Park in Wis.


US Lock and Dam 8 in Genoa, Wis. is among the many landmarks that can be seen when traveling the Great River Road.


The vast expanse of the Upper Mississippi River is seen from a scenic outlook above Hwy. 35 north of Genoa.


The vast expanse of the Upper Mississippi River is seen from a scenic outlook above Hwy. 35 north of Genoa.


Bluffs tower over Hwy. 35 along the Great River Road on the outskirts of Stoddard, Wis.


Fisherman on the Mississippi River and bluffs in Minnesota beyond are seen from Hwy. 35 south of La Crosse on the Great River Road.

A sign marks the route for the Great River Road along Hwy. 35 in Stoddard, Wis.

“We want to make sure that people aren’t just kicked out of encampments. The idea of ‘Housing First’ is to decriminalize homelessness, and to make sure people are put in permanent housing.”