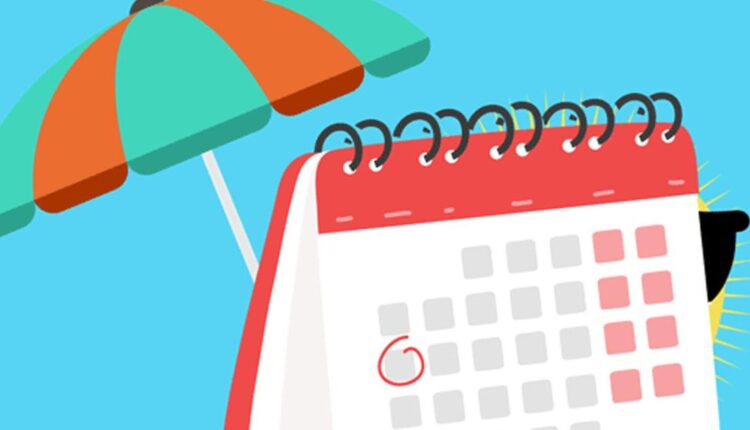 You may have heard this rumour: Summer is back.

And here’s the proof: Weekends — and some weeknights, too — are filling up with events. We’re suddenly having to make hard choices because there are so many fun things popping up all at once.

That’s a great “problem” to have, so you’ll just have to plan ahead and get to as many events as possible.

Giants at the lakefront

For the 20th time, the sky above Kennedy Park this weekend will be filled with kites.

And that includes some giant kites: a red octopus, a whale and a manta ray.

It’s all part of the Outta Sight Kite Flight, organized by Scott Fisher, who is bringing the free event back to Kenosha’s Kennedy Park.

The free outdoor event attracts hundreds of kites — and kite fans — to the downtown lakefront.

The kite festival is 10 am to 5 pm today and Sunday in the park, at 40th Street and the lakefront. Admission is free.

“We’re thrilled to be coming back to Kenosha,” said Fisher, president of Milwaukee’s Gift of Wings kite and aviation store and the kite event’s creator and organizer.

This is the 20th annual kite festival — it skipped 2020, like so many events — and Fisher said the location, right on the Lake Michigan shoreline, is ideal.

“Kennedy Park is probably one of the top 20 areas in the country for kite flying because of that wind off the lake,” he explained.

In 2021, the US border with Canada was still closed, meaning those giant kites from Up North were missing in action.

Alex Dagenais from Montreal and the Canadian Dream team will be back with their 150-foot octopus, 100-foot manta ray and 100-foot whale kites, Fisher said.

Also back this year is “Kenosha’s Got Kite Talent,” for local folks with giant kites, stunt kites or “kites of your own designs,” Fisher said.

A winner will be announced both today and Sunday. The winners will receive gift certificates to local restaurants, and the festival will make a donation to the Epilepsy Foundation in honor of Connor Doran. He finished 12th on Season Five of “America’s Got Talent” and has perfected the art of indoor kite flying. He usually performs at the Kenosha kite festival but is not traveling yet, due to his epilepsy.

Visitors to the kite festival should be on the lookout for candy dropping from the sky during the popular Kids Candy Drop, which happens three times both days. Also back this year is the Brat Drop, for adults. Fully cooked bratwursts are attached to parachutes and float over the (hungry?) crowd.

The Grand Launch at noon both days. Organizers are hoping 400-500-some kites will be launch simultaneously to the tune of Mary Poppins’ “Let’s Go Fly a Kite.”

Professional kite team performances. The pros start at 12:20 pm both days. Teams include No Knots, which flies kites with four lines, in unison. “It’s like the Blue Angels, but with kites,” Fisher said. “They’ll be putting on three or four shows a day.”

Mike Delfar, a stunt kite flyer from Milwaukee. “He’s been kite flying for 30 years and is a world champion,” Fisher said. “He’s a class act, a good guy and is really good at his sport.”

The Kids Mad Dash. This popular event is 2:30 pm each day. The first 100 kids who sign up will receive free kites both days. Note: You must participate in the Mad Dash to get a free kite, sponsored by the City of Kenosha.

The Outta Sight Kite Flight is organized by the city of Kenosha with Gift of Wings and the Kite Society of Wisconsin and Illinois, with the support of local sponsors.

Haven’t been to Simmons Field yet this summer?

There are several home games coming up:

Today at 6:05 pm: This game features the always popular Blanket Giveaway. We may need to wrap up in those stadium blankets, as the forecast calls for temperatures in the 50s and a chance of rain. Stick around for the first post-game fireworks of the season.

Thursday at 6:05 pm: There’s a food drive at the stadium, so bring non-perishable items.

Friday at 6:05 pm: Celebrate ’90s Night with the Kingfish. Fanny packs will be given out to fans, while supplies last.

Saturday, June 11, at 6:05 pm: Harry Potter Night is back, with a T-shirt/ticket package available. Expect to see Storm Troopers at the stadium!

And coming up on Wednesday, June 15, is the first of three Bark in the Park games. That means your canine pal is welcome to join you for some baseball action. We also expect to see Bubba, the team’s ballpark dog, at those games.

The team is selling a Puppy Pass ($40) that includes tickets for you and your pup for the three Park in the Bark games (June 15, July 14 and Aug 10), plus a Kingfish leash, bandana and Frisbee; meet and greet with Kingfish players; and post-game field access. To purchase tickets, call 262-653-0900, log on at kingfishbaseball.com or go to the ticket office at Simmons Field.

The Listening Party, a Milwaukee-based duo know for its “novel brand of Northern folk-rock” (whatever that means!), is performing today, from 6 to 9 pm, at the Biergarten in Petrifying Springs Park.

Their sets are “driven by the lighthearted story telling of singer-songwriter Weston Mueller and is fueled by the many sounds of multi-instrumentalist, Jacob Wood.” The two call their live shows “energetic and laid back,” which is also a pretty good description of the beer garden.

On Sunday, the local duo Sipos & Young are performing, starting at 3 pm The musicians call their shows “a mind-expanding experience,” which fits in with what they call “a sonic landscape of inventive awakening.” Got that? The Biergarten is located at the south entrance of the park, 5555 Seventh St. in Somers. Admission is free. It opens at noon on weekends and at 4 pm weekdays. Check the Biergarten’s Facebook page for the latest updates. Note: You may bring your own food, but no outside beverages of any kind are allowed.