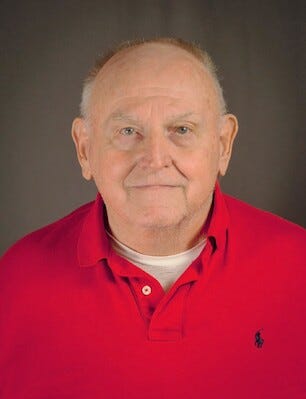 Wayne Charles Kollath passed away on August 21, 2022 at the age of 85. He was at home in Johnston surrounded by his loving wife and children. Wayne left this world with no unfinished business or things unsaid, a spiritually centered man. Wayne was born in his Milwaukee, WI, boyhood home to parents Erwin and Marie (Pennicker) Kollath, on December 7, 1936. He had an infectious laugh, quick wit, and a huge compassionate heart! Wayne was a man of faith, and he carried that through his peaceful passing. A loyal husband to Barbara over their 52-year marriage, a loving father to his son and daughter and their spouses, and an adoring grandfather to his five grandchildren, Wayne was lovingly referred to as ‘Grampa Chuck.’ Wayne maintained lifelong friendships. The family sincerely acknowledges the importance of those friends. He loved his hometown of Milwaukee, especially its athletic teams. He relished taking everyone out for a good meal and ensuring that all were provided for. In his last days Wayne declared that he liked to eat “ice cream, ice cream, and ice cream.” Wayne was an avid Packers football, Brewers baseball, Bucks basketball and Wisconsin Badgers fan! He routinely had tickets to sporting events where he took friends and family to cheer on his favorites. Even after he and Barbara moved to Iowa in 2014 to be closer to their son and his family, Wayne remained a Wisconsin sports enthusiast. He was also an outdoors sportsman who respected nature, and he trained a faithful German Shorthair Pointer, Lady Katie, to accompany him in the field. Wayne took many fishing trips to Canada, including a memorable one with extended family in 2008. Wayne earned a bachelor’s and master’s degree in Physical Education and Recreation from the University of Wisconsin-La Crosse, and a master’s degree in Reading Education from Cardinal Stritch University . Wayne extended his education further at Marquette University, in Education Administration. He was revered within the Milwaukee Public Schools for 35 years. In his various roles as a physical education teacher, reading instructor, and coach, Wayne made a positive impact on thousands of students in both middle and high school. In particular, he was proud of his final assignment at Milwaukee South Division High School where he coached girls basketball, football, boys track & field (the shot put and discus) and boys tennis. Wayne was committed to highlighting the dignity and intelligence in all his students. Expressions of his generosity with students and athletes included frequenting their family restaurants and businesses, and quietly providing other assistance. Wayne was a proud Army veteran, having served in Germany during peacetime. A favorite story is Wayne guarding the base’s payroll by literally sitting on a pile of money in a truck while armed with his rifle. Wayne earned the qualification of “Sharpshooter” with his weapon. He was honorably discharged from his service. Wayne is survived by his wife Barbara Brodzeller Kollath; his son Sam Kollath, wife Gwen Lovell Kollath, and their daughters Claire and Finley; and daughter Katherine Kollath Peabody, husband Bo Peabody and their sons Brody, Renn, and Wesley. Wayne is also survived by his younger brother, Jack Kollath and his wife Barbara; his brother-in-law, Robert Yelle, and many beloved nieces and nephews. To celebrate Wayne’s life, family and friends will gather at Brio of Johnston from 1-4 on August 27th, and a spring 2023 memorial is planned in Milwaukee.