What will it take to get GOP lawmakers, Democratic governor to work together? 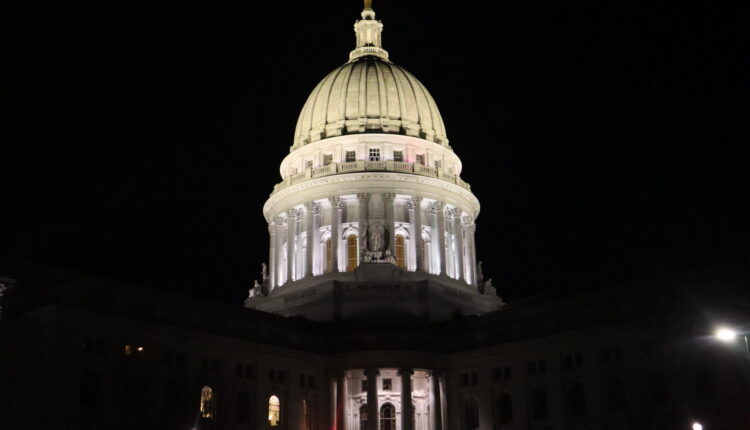 Can they all get along?

At Tuesday evening’s State of the State address Republican lawmakers hinted at potential support for a few of the initiatives that Gov. Tony Evers announced, but kept mum on the details. Otherwise, they largely hewed to their first-term playbook: writing off and vowing to block most of his agenda.

Evers’ first term marked the first time in eight years that the governor and the leadership of the Legislature were of different parties.

Conflict seemed almost constant, and was accentuated by the pandemic with its battles over public health measures, masking, school and business closures and policies ranging from the state’s COVID-19 vaccine program to how the governor spent the billions of dollars that the state received in federal pandemic relief — and how the Republican lawmakers wanted him to spend it.

It wasn’t all gridlock all the time. The Legislature passed and the governor signed two budgets, essentially on time. The parties managed to align occasionally on some pieces of legislation, such as a bill to curb backlogs in sexual assault evidence investigations and one that advanced the long-awaited closure of Wisconsin’s troubled youth prisons by authorizing a planned replacement facility in Milwaukee.

But Evers also set a record for vetoes — rejecting bills, most of which passed with only GOP votes, that would loosen gun laws, make it harder for people to vote and dictating to schools what they could or couldn’t teach about American history and race, among many other matters.

After Tuesday night’s State of the State address, which Democratic legislators frequently interrupted with applause while the Republicans sat on their hands, Senate Majority Leader Devin LeMahieu (R-Oostberg) acknowledged that Republican leaders have met twice with Evers since his reelection. LeMahieu declined to discuss specifics.

At the same time Assembly Speaker Robin Vos (R-Rochester) predicted that, as in the past, when Evers presents his 2023-25 budget next month, it will likely get tossed out in favor of one that sticks to GOP priorities.

“He didn’t really spend much time talking to the whole room,” Vos said of Evers’ message. “He spent the entire time talking to liberal Democrats and the base statewide.”

In short, Wisconsin could be in for four more years of the same high-friction government.

What could either Evers or the Republican leaders of the Assembly and the Senate do to move in a different direction?

The Wisconsin Examiner recently spoke with three people who work outside the state Capitol and who bring particular skills and perspectives to that question. Their advice came from divergent disciplines, yet it overlapped in remarkable ways.

One  common thread that all three shared was a simple one: Everybody should listen more.

They could start by getting together more often, says former State Sen. Tim Cullen, a Janesville Democrat who served in the cabinet of Republican Gov. Tommy Thompson in the late 1980s. His Senate career was divided into two different centuries: 1975 until early 1987, and 2011 until early 2015.

“They have hardly ever been meeting in person in the last two years,” Cullen says.

He prescribes regular meetings, in person, involving the governor and the GOP legislative leaders. And they should take turns in whose office they gather, he says. “I think it creates a better feeling doing that. And unless it breaks the state budget, have a pot of coffee and maybe some donuts there, too.”

Staffers on both sides should meet regularly, too, Cullen adds — without their bosses present — “and maybe find out that the other person isn’t as horrible a human being as they’ve been told.”

It has been a  widely murmured observation that “there was not a lot of warmth between the staff members of the governor and of the leadership in the two houses,” he observes. “I think the three leaders are in 100% a strong position to say to their staffs, ‘These two years we’re going to work as best we can with the other party.’”

They also need to build trust, says Mary Stelletello, an organizational development consultant who works with nonprofits in particular. 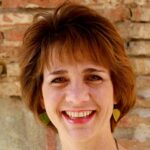 Stelletello has assisted in negotiations between merging organizations and seeks to help clients “navigating difficult conversations.” In developing that professional specialty, she’s taken training in how the chemistry and neurology of our brains influence the course of our interaction with other people.

“If we, as individuals, are feeling a lack of trust, we go to the primitive part of our brain,” she explains. Those moments can trigger a flood of cortisol, a defensive hormone “that causes us to go into a fight-or-flight, appease-or-freeze mode.” When that happens, “your brain cannot have a conversation, biochemically.”

The way out starts with a shared willingness to work together. “There has to be some desire among both parties to want to have a conversation,” Stelletello says. “Being able to identify where there’s a shared vision or shared mutual understanding or desired outcome is how you start to build that trust.”

An imbalance of power complicates that effort, she acknowledges. She has seen that in helping two organizations of different sizes merge.

“There needs to be a discussion around, what are our group agreements that help level that power differential,” Stelletello says.

Jennifer Reckner is familiar with the impact that conflicts over power can have on relationships.

Reckner is a licensed professional mental health counselor with clients who have a wide range of concerns, from anxiety, burnout and depression to stress and low self-esteem. 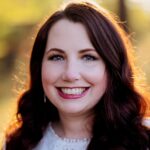 “With a lot of my clients, I do work with very significant abuse and trauma,” Reckner says — to such a degree that “it can even look like potentially keeping yourself safe is not having any contact with that [other] person any longer.”

Reckner is candid about her political perspective. She sees political contexts, particularly the experience of oppression, as a crucial factor in people’s mental health. She’s critical of Republican politicians for ignoring “social systems [that] could benefit society at large” while exclusively emphasizing the individual.

One thing that stands out for her in the relationship between Evers and the Legislature “is there is no listening,” Reckner says.

She points in particular to the succession of special sessions that Evers called in his first term to address big topics including gun violence, education funding and reproductive rights. The GOP leaders responded by “gaveling in, gaveling out within seconds — there is no dialogue taking place.”

The failure to listen doesn’t stop there, she contends; it includes “the GOP not listening to their constituents, not listening to, statistically speaking, what the people of Wisconsin actually want.”

She blames that on the way Assembly and Senate districts have been gerrymandered to strengthen Republican control of the Legislature. “It really becomes abusive from the GOP towards our democracy,” Reckner says.

With individual clients subjected to that sort of imbalance of power, she would counsel finding ways “where you can find power and control,” she says. “A lot of times it’s about reclaiming our own narrative — working to find a sense of self-worth that is independent of what the person with more power is trying to portray.”

Translating that to state government, Reckner asks, “What is the Democratic Party doing to find their support system: What are they doing to share their narrative? How are they encouraging their constituents to use their voice in healthy ways?”

When there are differences in values that inform people’s positions, Stelletello urges stepping back from reflexive condemnation.

That doesn’t mean simply accepting the conflicting viewpoint. But “instead of being oppositional, stand under that person’s reality, just from a place of curiosity,” she suggests. By asking questions, “you’re starting to open up potential possibilities of where you might connect in other ways.”

Two conflicting parties willing to try to work together have to find their way back from mistrust.

“When you have parties that are so far away from trusting each other and have such a high level of distrust and disregard, perhaps you need to look at small wins,” Stelletello says — and with low-stakes topics.

“Let’s start with something that we’re not that far apart on,” she says. “And we can come to an agreement that feels like it works for both of us at some level, and then build from there.”

Cullen considers compromise essential — along with knowing the limits of what is possible in the current context: “Take half a loaf rather than nothing,” he counsels.

Legalizing marijuana is one example. Evers campaigned on full legalization for recreational users. Assembly Speaker Robin Vos is on record as open to legalizing medical marijuana only.

If Evers pushes for all-or-nothing legalization, “we will end up with nothing new,” Cullen says. “If we can get medical marijuana into the law with Republicans and Democrats both voting for it, let’s do it.”

The reality is that the legislative leaders will control what reaches the floor and what ultimately gets to his desk, the retired senator says. “He can talk all he wants about it, but if the Republicans won’t send him a bill to do it, he can’t do it.”

Similarly, Stelletello warns against “the zero-sum dynamic” when one side of a relationship in conflict — or both — says, “‘Why do we have to bend?’ Well, either you have nothing or you have something.”

Reckner comes to a similar conclusion, albeit with reluctance.

“I hate to say we have to see what we have in common first, because that feels like it’s continuing to put the disadvantaged at a disadvantage,” she says. “And it makes me feel like we’re really playing into privilege here. But I also think, unfortunately, that’s part of political dynamics.”

Still, she acknowledges, it might be the most viable path to progress.

“Trying to see what we have in common, and trying to look at those things first, and trying to bridge that gap there. See if we can come to any level of understanding and respect through those issues.”

If it works, Reckner says, there can be potential to go deeper.

“If we can build a little bit of respect that way, perhaps then we can start talking about the harder things where we do disagree, but that might give us compassion for each other’s side, to be able to actually listen,” she says.

“There’s a lot of compassion missing in all of these conversations that are and are not happening. And I think we really have to find that for each other — and not in ways to disenfranchise the already disenfranchised, but again, in order to really bridge that gap of humanity.”

For all her opposition to the policies that the Republican lawmakers have advanced, “they are humans and they do have reasons for what they’re doing,” Reckner says. “And I do want to hear what they are. I do want to try to see, like truly see, through their eyes what those reasons are. I think we need to do that.”