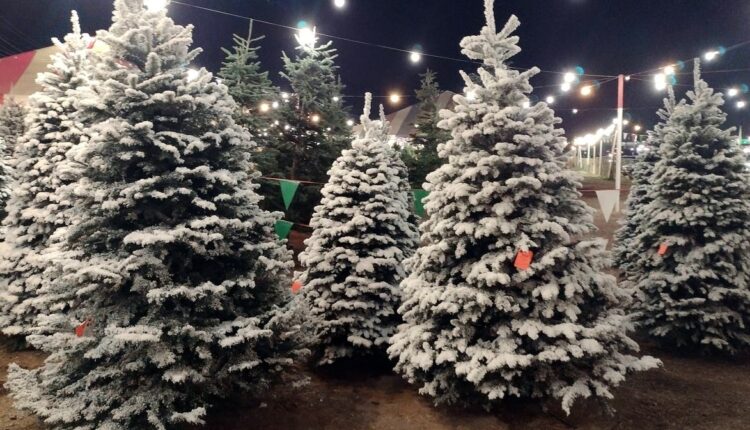 WISCONSIN — People across the Milwaukee area who prefer fresh-cut Christmas trees — whether they cut down trees themselves or buy from a retail lot — shouldn’t have any trouble finding them in 2022, according to a survey of Christmas tree growers by an industry trade group.

The prediction by the Real Christmas Tree Board comes after a survey of 55 wholesalers that supply two-thirds of the market for fresh trees and 1,500 US adults ages 21-49.

“The real Christmas tree industry met demand last year, and it will meet demand this year,” Marsha Gray, executive director of the Real Christmas Tree Board, said in a news release. “This is essentially a year without surprises.”

Residents of southeastern Wisconsin have plenty of options, sortable by ZIP code and by type, on the Real Christmas Tree Board website. They include:

Other spots to get a tree:

Real Trees May Be Pricier

Trees, like everything else, may cost a little more this year. Tree growers answering the Real Christmas Tree Board’s survey said growing costs have increased. About 36 percent of respondents said costs were up 11 percent to 15 percent compared to last year, while 27 percent said costs increased 16 to 20 percent. Another 10 percent said the year-over-year increase in production costs was more than 21 percent.

As a result, 71 percent of growers said they would likely increase wholesale prices. That means trees could cost anywhere from 5 percent to 20 percent or more.

Consumers seem to be taking the expected price hikes in stride.

“While our grower survey tells us wholesale prices are likely to be higher for real Christmas trees this year, our consumer survey tells us people expected as much,” Gray said in the news release. “The good news is fans of real Christmas trees say they believe the trees are worth the price, and they are willing to pay more this year if necessary to get one — and that’s not a surprise either.”

Growers’ expectations of a healthy season are also tempered by fears of supply chain disruptions, the No. 1 concern of 44 percent of growers. About 35 percent said their top concern is that inflation-strapped consumers will cut real Christmas trees from their lists this year. About 21 percent of respondents cited labor availability concerns.

The Origin Of Christmas Trees

The origin of the Christmas tree can be traced to long before the advent of Christianity, according to History.com.

In ancient times, it was commonly believed the sun was a god. It appeared to be sick as daylight waned in the winter, but evergreens thriving during winter were a reminder that the sun would become strong again and lush greenery and warmth would return.

Evergreen trees were seen as a symbol of eternal life among ancient Egyptians, Hebrews and Chinese. Pagans throughout Europe used evergreens in their homes to represent fertility and new life.

Christmas trees were first used by devout Christians in Germany. The 16th century Protestant reformer Martin Luther is believed to have added lighted candles to trees. He was composing a sermon as he walked home on a winter evening and was struck by the sight of stars twinkling above the evergreens, and recreated the scene in a tree in his family’s main room.