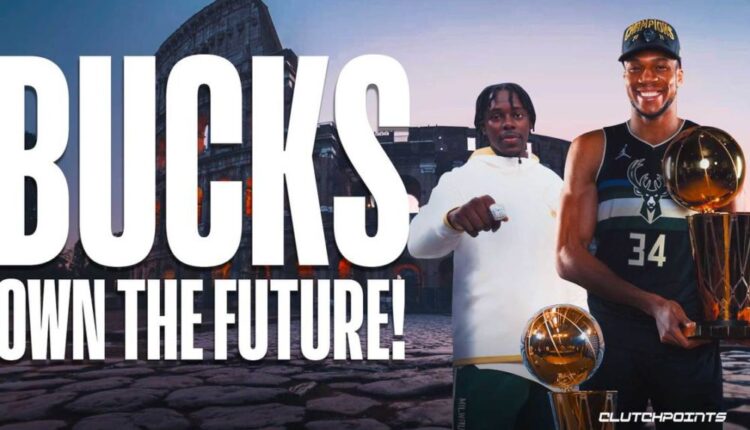 The Milwaukee Bucks should be ready to reclaim the NBA throne in the coming 2022-2023 season.

During the 2022 offseason, there were conflicting views on what the Milwaukee Bucks should do after being eliminated by the Boston Celtics in the second round of the 2022 playoffs. Some thought a significant upgrade was required, while many others thought the club would be better off standing pat and running it back. Experts felt the Bucks were good enough to return to the Finals, assuming of course that they will stay healthy.

With 50 points, Giannis tied Bob Pettit in 1958 for the most in a Finals-clinching win in NBA history. pic.twitter.com/oJXAsvIIxh

Aside from that, one of the key questions for the Bucks this coming season is whether they can regain their top-five ranking in terms of defense. Recall that the Bucks boasted the best defense in the league. They also won the top seed in the Eastern Conference in Mike Budenholzer’s first two seasons as coach. Back in 2020–21, they won the title as the third-seeded team with the ninth-ranked regular season defense. In the last two seasons, they had the top playoff defense.

Better regular-season defense, though, also contributes to more victories. That’s in addition to a higher seed and home-court advantage in the conference semifinals game seven. The Bucks can play stronger defense than they did last season, ranking 14th overall and 22nd against the top-10 offenses in the league. Having a more fit Brook Lopez (who appeared in only 13 games last season) will help on this end of the floor. In addition, the Bucks also need to figure out how to better defend the 3-point line.

Needless to say, if the Milwaukee Bucks’ defense returns to top form in 2022-2023, they’ll justify their billing as a legitimate title favorite.

Aside from this, here are a few more bold, very early predictions for the Milwaukee Bucks this coming season.

3) The Bucks will have three All Stars

In 2021-2022, the Bucks had two All-Stars — Giannis Antetokounmpo and Khris Middleton. This coming season, they should have one more in Jrue Holiday.

Last season, Antetokounmpo averaged a career-high 29.9 points, 11.6 rebounds, and 5.8 assists per game. Meanwhile, Middleton recorded 20.1 points, 5.4 boards, and 5.4 dimes per contest. If both guys can sustain that kind of production this coming season, they should make a return to the All-Star Game.

As for Holiday, he put up 18.3 points and 6.8 assists per game last season. He also registered career-highs in steals (1.6) and three-point shooting (41.1 percent). Still, he didn’t make it to the All-Star Game. Instead, the East guards selected were Trae Young, DeMar DeRozan, LaMelo Ball, Darius Garland, James Harden, Zach LaVine, and Fred VanVleet. Holiday should raise his numbers a bit more this coming season. That should enable him to slide into one of those All-Star spots come early 2023.

2) The Bucks want to win the East

For sure, if Khris Middleton had been healthy, the Bucks would have moved on to the Eastern Conference finals. In fact, even though he wasn’t there for the whole series, the Celtics needed seven games to push out the Bucks. Milwaukee did not add any major pieces this offseason. Still, they should still be among the top teams in the entire league as their big three remain intact.

Looking ahead, with some of their primary East rivals mired in offseason drama, the Bucks’ stability gives them an edge. The Celtics should still be the main hurdle to the Bucks’ winning the East. Even now, though, there’s some instability within Boston as they inexplicably try their hand in the KD sweepstakes. Other teams like the Heat, Sixers, and the Nets, meanwhile, are a tier below the Bucks.

As long as there are no major health issues, the Milwaukee Bucks should win the East and return to the NBA Finals in 2023.

1) The Bucks want to win the 2023 NBA Championship

Having the Milwaukee Bucks in the 2023 NBA Finals should be very exciting. A championship matchup with the Golden State Warriors is likely, and it would be pretty awesome to see the Bucks’ big three of Anteokounmpo, Middleton, and Holiday try to neutralize the Warriors’ own big three of Stephen Curry, Klay Thompson, and Draymond Green .

In terms of head-to-head matchups, this will be close, but the Bucks should nose out the defending champions. Holiday has the defensive chops to limit Curry’s scoring, while Middleton’s shooting can cancel out Klay’s. Green will be the primary defender on Anteokounmpo, but no way Draymond can completely take out the two-time MVP.

The onus will be on Anteokounmpo to carry the Bucks in this series, which will likely go the full distance. Anteokounmpo’s length, athleticism, and versatility will be too much to handle for Steve Kerr’s Dubs, though. As such, the Bucks should lift the Larry O’Brien trophy when the smoke clears.

Rodgers wishes Brady a happy birthday, but the Green Bay star will not be playing at 45