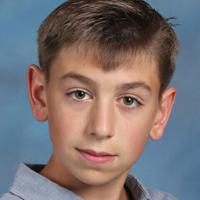 After never having one as an All-Racine County Player of the Year, freshmen were all in vogue in 2021 and 2022.

Especially this year, when two freshmen are among the All-County Players of the Year and underclassmen dominated the first team.

Union Grove freshman Nolan Shaub is the All-County Singles Player of the Year, following in the tennis shoe prints of last year’s honoree, Andrew Vescio, this year a sophomore and again a first-team All-County selection.

In doubles, Prairie junior Calvin Sharpe and freshman Jonathan Orth are the Doubles Players of the Year.

Here are capsule looks at the All-County first team:

NOTABLE: 19-3 record, with two of his losses coming in three sets to players who eventually were seeded in the top 16 in Division 1 at the WIAA State Tournament; second straight freshman to win All-County Player of the Year honors; was unbeaten in Southern Lakes Conference play and won the No. 1 single title at the SLC Tournament; first-team All-SLC in singles and only freshman on the All-SLC team; won all three of his matches in the Racine County Invitational; finished third at the Brookfield Central Sectional to qualify for the state tournament in Madison; won his first match at state over Brett Daniels of De Pere, then lost to seventh-seed Chatton Haws of Cedarburg 7-6 (2), 2-6, 10-5.

QUOTABLE: “Nolan had a chance to place (at state) this year — it was right there,” Broncos coach Turner Albrecht said. “At least now he knows this and can use that for next season. Nolan had a great (state) tournament and really put himself on the radar with how professional he was.”

NOTABLE: 19-5 record, setting a school record for victories by a singles player; last season’s Player of the Year and a first-team All-County selection for the second straight year; team MVP; All-Southern Lakes Conference first team; he was a special qualifier for the WIAA State Individual Tournament and won his first match over Juan Gallego of Madison Memorial; lost in the second round to No. 2 seed and eventual Division 1 singles champion Solomon Dunsirn of Neenah; Vescio had five victories during the season over state qualifiers.

QUOTABLE: “Andrew is a player who is relentless in his pursuit to be one of the top players in the state,” Wolverines coach Mike Schuster said. “Andrew’s success is a credit to his passion for tennis, incredible work ethic and the support of his family. He is a great tennis player now, but an even better teammate and leader.”

NOTABLE: 10-10 records; second-team All-Metro Classic Conference in singles; team captain and also manager for the Prairie girls’ team in the fall; Hawks coach Nich Schafer said Desai’s best match of the season was a close early-season loss to Kohler freshman Nolan Villwock, who finished in the top eight at the WIAA State Individual Tournament; Desal beat Seth Kogutkiewicz of Martin Luther in the No. 1 singles semifinals at the MCC Tournament after losing to Kogutkiewicz earlier in the week.

QUOTABLE: “Taej has worked hard and put a lot of time in on the court,” Schafer said. “I am looking forward to him taking the next step to further his upward gains in tennis. This includes playing tournaments as well as putting in more time to improve his fitness and strength.”

NOTABLE: 14-8 record, second-team All-Southern Lakes Conference; SLC Tournament runner-up at No. 2 singles; avenged an early-season loss by beating a player from Lake Geneva Badger in the SLC Tournament; Gross came back to the team after having off-season surgery; Gross is also a member of the Burlington Co-op swim team and is planning on swimming and playing tennis at UW-Stevens Point.

QUOTABLE: “Spencer is a special player that will always give you his best effort,” Waterford coach Mike Schuster said. “He was challenged all year at a flight with tough competition and had an incredible knack of making in-match adjustments against his opponents. He is a high character person.

NOTABLE: 11-5 records; first-team All-Metro Classic Conference; from No. 1 doubles title at Metro Classic Conference Tournament by beating Layton Carls and Payton Adams of Milwaukee Saint Thomas More 7-6 (3), 6-1; the Hawks lost to the Cavaliers’ duo 6-4, 6-3 just four days before; Sharpe and Orth were special qualifiers for WIAA Division 2 state doubles and earned the No. 6 seeds; they won their first match, 6-1, 6-2 over Calvin Jansen and Nolan Bunnell of Antigo, then lost their second match 6-2, 0-6, 11-9 to unseeded Joey Darrow and Jack Savage of University School of Milwaukee , who went on to finish fifth; Sharpe went to state in 2021 in doubles with then-senior Joseph Morales; Sharpe is a team captain; both boys were three-sport athletes in 2021-2022.

QUOTABLE: “These two were a blast to watch play and even more fun to watch grow as a doubles team,” Schafer said. “They lost to a very good Thomas More team early in the week (before the MCC Tournament), but then worked on playing textbook doubles and four days later were able to avenge their loss by beating the same team.”

NOTABLE: 10-8 records; the twin brothers finished third in the Southern Lakes Conference Tournament; advanced to the WIAA sectionals for the second straight season, but were unable to qualify for state; both are standouts in other sports — Domenic is the setter for the state-bound Broncos’ volleyball team and Hayden is the goalkeeper for the Broncos soccer team and set a school record for victories this fall.

QUOTABLE: “They are great athletes and both may be looking into competing at the collegiate level,” Union Grove coach Turner Albrecht said. “Next year’s goal is state and I’m looking forward to seeing how much off-season training they will do to help them get there.”

GRADE: Both are sophomores

QUOTABLE: “There is something special happening with Johnny and Castor,” Wolverines coach Mike Schuster said. “They are both such talented athletes that do an incredible job of playing and having success in a sport that has such a big learning curve. I admire the way they play together, as well as being intense when they need to be, all while having fun on the court.”

Huskers in Third After Day One of SFA Ladyjack Classic