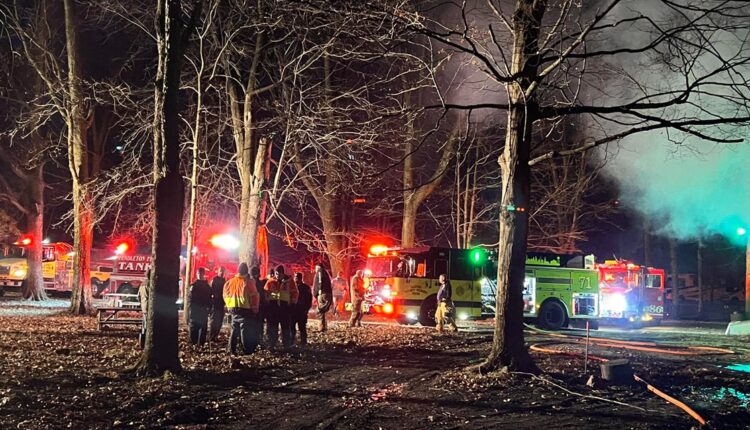 According to the Lapel Stony Creek Township Fire Territory, firefighters were able to put the fire out, but rescue attempts were unsuccessful.

The fire happened at around 7 am at Glo Wood Campground, located at 9408 West 700 South, which is south of Lapel and west of Pendleton.

When firefighters arrived, they found a camper that was fully involved in fire.

According to the Lapel Stony Creek Township Fire Territory, firefighters were able to put the fire out, but rescue attempts were unsuccessful.

One person died in the trailer.

An investigator from the Indiana Department of Homeland Security, the State Fire Marshals Office, and the Madison County Coroner were called to the scene to help determine the cause of the fire.

The person who died has not been identified. Their name is being held with them until family can be located and notified.

The Lapel Stony Creek Township Fire Territory posted about the fire and said that its firefighters would like to “stress the importance of having working fire/smoke alarms near every bedroom and throughout your home!”

The fire territory said people should also have a plan with their families for how to escape during a fire and designate an outside meeting point.

Press Release At 0700, on January 14, 2023, Lapel Stony Creek Fire Township Fire Territory was dispatched to a…