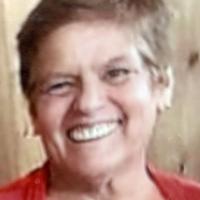 Ann was born on May 27, 1954, in Kenosha, the daughter of William and Janet (Tures) Kuessow. Ann graduated from Tremper High School and later completed Gateway Technical College’s Nursing Program. Ann was a lifelong resident of Kenosha, where she met her husband and best friend Joseph Campolo, Jr. Ann and Joe were married on November 13, 1982, at St. Mary’s Lutheran Church in Kenosha.

As a natural caregiver, Ann pursued her passion and worked as a nurse’s aide at Brookside Care Center for over 25 years. She later worked in childcare where she looked after her nieces, nephews and many other children while raising her own son and daughter.

Ann will always be remembered for her love of sharing stories and laughs with family and friends. Ann loved swimming, planting flowers in her garden, and taking trips to the family camper in central Wisconsin. She loved making ceramic art throughout her life, a hobby she started at a young age and later enjoyed doing with her children and grandchildren.

A visitation will be held on Monday January 30, 2023, at Kenosha Funeral Services from 10:00 AM-12:00 PM with services to follow immediately at 12:00 PM. Burial will be held at Southern Wisconsin Veterans Memorial Cemetery.