Charges dropped against Racine 15-year-old, was accused of being behind the wheel during drive-by killing | Crime and Courts 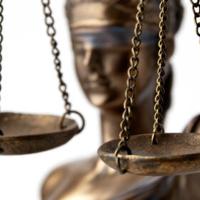 RACINE — The Racine County District Attorney’s Office has dismissed the case against a teen accused of being behind the wheel during a deadly drive-by shooting.

Micah Lminggio, 15, was initially charged with first-degree intentional homicide with use of a dangerous weapon as a party to a crime for the March 13 shooting death of Eugene “JR” Henderson, who was 14 years old.

Charges could still be refiled against the 15-year-old.

Lminggio appeared in Racine County Circuit Court on Wednesday for what was scheduled to be a status conference.

Instead, Antoinette Rich, assistant DA, announced at that time the state would not be able to proceed with the case, and the charges were being dismissed.

DA Patricia Hanson said in an email to The Journal Times the investigation into the shooting of Henderson was ongoing and had led to additional suspects.

“We are going to pursue those leads and then make a determination as to whether or not Mr. Lminggio would be charged,” she said.

The defendant remains in custody at the Racine County Juvenile Detention Center on other charges.

Emonjae James Kinney, 16, is charged with first-degree intentional homicide, with use of a deadly weapon, as a party to a crime. Kinney faces allegations he was the person who was doing the shooting that night that killed Henderson.

The Racine Police Department was dispatched at 10:25 pm to the 1800 block of Mead Street where they found Henderson in the front passenger seat of a vehicle with a gunshot wound to the head.

He later died of his injuries.

A passenger who had been in the car told investigators the vehicle was stopped on Mead Street when another vehicle pulled up on the driver’s side. A person in that vehicle began shooting.

According to the criminal complaint, surveillance video in the area led investigators to the suspect vehicle. An iPhone that was left in the vehicle showed it was in the area at the time of the shooting.

Luis Urías picks up the tab at Café Corazón in Milwaukee