City passes 2023 budget, with some opposition 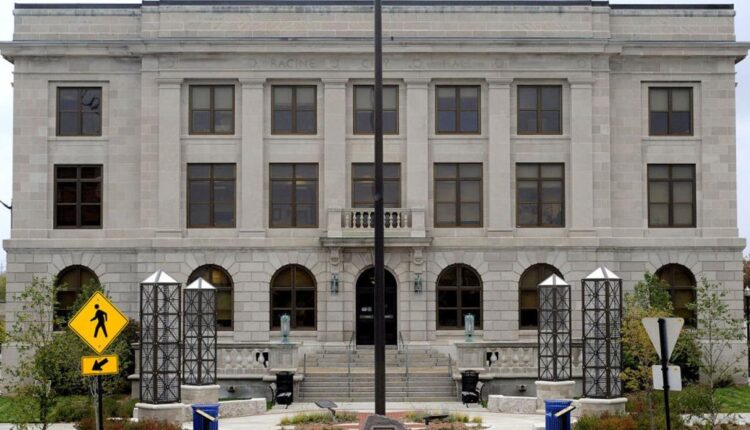 RACINE — For the second time in two years the city’s budget process concluded without any hard choices on what services would have to be reduced or cut.

The budget passed Tuesday evening on a split vote. Aldermen Melissa Kaprelian and Henry Perez voted “nay.” Alderman John Tate, the president of the city council, abstained on one portion of the budget.

The budget also included an amendment that many would call good news: the city is moving forward with razing the community center at Lakeview Park, which was destroyed in a fire in 2019.


Scorch marks, blocked doors and boarded-up windows remain at the former Lakeview Community Center, which has remained in this state since a Sept. 11, 2019, fire rendered it unusable. This photo was taken in May 2021, and the scene has not changed much in the past 18 months.


The issued was raised by the alderman of the city’s fourth district, Amanda Paffrath, whose amendment was co-sponsored by Mayor Cory Mason and Alderman Jeffrey Peterson.

A developer had been eyeing the space — specifically the portion of the property where the community center sits now — for potential development, but that project is on hold for the foreseeable future and there is nothing in the budget for that space in 2023 and the developer did not believe a project was feasible.

Peterson noted the city would not allow a private homeowner to let a burned-out property sit for years and years, but its own property was doing just that.

“I really think the community has spoken loudly about what citizens want to see happen at that park,” Paffrath said.

She continued noting that the park sits on a beautiful corner, across from the zoo, with lakefront views. It does not reflect well on the city to have left the burned building for so long, she continued.

The city received just shy of $1 million in insurance after the fire, which was deemed insufficient to raze the building and then build something new.

The $86.8 million portion of the budget consisting of the general fund, special revenue funds, etc, did run into some opposition with two alders voting “nay.”

Alderman Kaprelian voted in opposition without comment, but in an interview with The Journal Times she expressed her concern about future sustainability since the budget was balanced with ARPA funding.

“I couldn’t support this budget,” she said. “I’m always looking to the future.”

She described the budget as “short-term focused” and said it was a short-term fix for a long-term problem.

“I feel in a few years the city is going to be in a very hard place, making very hard decisions,” Kaprelian said.

She added that while it might feel good to have additions and to give wage increases, it is not going to feel so good having to lay people off in a few years if the city cannot sustain the funding after ARPA runs out.

“It’s not a good approach,” she said. “It’s not a sustainable approach.”

Perez said he voted against the budget because it did not have enough support for police, fire or the Neighborhood Watch.

During public hearings he questioned whether the public safety budgets were sufficient for the job they had to do.

He called the budget “a values ​​statement” that should honor public safety.

There was one area of ​​concern that was raised repeatedly: recruiting and retaining staff.

Fischer said during the initial presentation of the budget that nearly every department is struggling with hiring and retention issues.

Governments and businesses across the state and country are having similar issues.

To illustrate the issue, when Adele Edwards, the chief information officer, was asked why a certain surveillance camera used by the police department was still not working, she explained it was an electricity issue that has gone unaddressed due to a lack of personnel to fix it from both the city side and the contractor side.

The 2023 budget included both a 2% wage increase and a step increase at a cost of approximately $1 million.

However, the city’s health care costs are down significant, with special reference to retiree health care and sick-leave payout, which underwent significant structural changes to reduce costs.

Sick-leave payout was a past practice that allowed city workers to accrue sick leave, which could then be turned in for cash when the individual retired.

She said the savings allowed the city to support its active employees with better wages and fringe benefits.

The city also set aside $50,000 for signing bonuses for all non-represented positions that have been vacant for an extended period of time. In the previous year, the signing bonus was for positions that were challenging to fill – such as public health nurses and CDL drivers.

One avenue the city has pursued is developing pipelines from schools and the community to city jobs.

Just as one example, Fire Chief Steve Hansen said the Racine Fire Department has been working with Racine Unified School District and Gateway Technical College on a Science Fire Pathway to move young people in the community towards jobs as firefighters and paramedics.

There are currently 12 students in that pathway who are all Racine residents.

The Racine Police Department has undertaken a cadet program with similar goals; that is, providing youth with a path towards careers in law enforcement.

The city has also amped up its local recruitment efforts with an internship program to introduce residents to careers with the city and appearances at local events to promote city employment.

Watch now: No injuries reported after accidental fire at auto body shop on Racine’s north side

Black smoke could be seen on Racine’s north side during a fire at an auto body shop Friday after 6 pm This photo was taken from Historic Horlick Field.