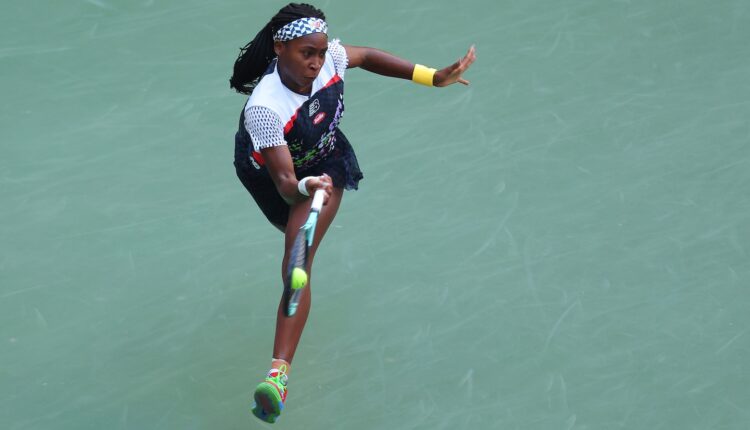 NEW YORK — Of all the American power hitters to follow in Serena Williams’s wake, Madison Keys may be the strongest of the group. A tennis ball off her racket might be able to crack rocks.

Coco Gauff matched Keys’s might with cool confidence Friday, making a meeting of two Grand Slam finalists look lopsided as she zipped into the fourth round of the US Open for the first time in her career. She did it with a 6-2, 6-3 win that took a businesslike 72 minutes.

The US Open was the only major in which Gauff, 18, had failed to make at least the fourth round. But rather than feeling like a milestone, her victory felt routine.

Gauff entered the match with one main focal point following a three-set loss to Keys in January: be less hesitant in her shots to match Keys’s aggression.

It was a strategy that was easier to follow than Gauff expected. Her overall confidence in her tennis is higher than it was at the start of the year following a coaching change and what she said is a crisper sense of identity on court.

“In January I was relying too much on my speed. Because against lower-ranked players, I could get away with just getting the ball back. Playing higher players, power hitters, I’m like, okay, that’s not working anymore,” Gauff said. “ … It really changed my mentality on how I’m using my athleticism. I’m not relying on it anymore. Now I’m trying to use it as a weapon.”

As Serena Williams is proving, retiring from tennis can be complicated

Gauff played freely Friday, going for big groundstrokes but staying within her game.

A solid seven winners to 14 unforced errors was plenty against an opponent with a penchant for getting herself into trouble. The difference was that Keys wasn’t as clean — she had 13 winners to 22 unforced errors and couldn’t find a way to break Gauff’s impenetrable calm.

Gauff also limited herself to three double faults after serving eight in her second-round match.

She advances to face China’s Shuai Zhang on Sunday.

Keys, who lost to Sloane Stephens in the championship match here in 2017, hasn’t reached a Grand Slam final since (although she has reached a semifinal three times, including at this year’s Australian Open). She hasn’t made it past the fourth round in New York since 2019.

Gauff reached her first major final this year at Roland Garros, where she fell to world no. 1 Iga Swiatek.

The most impactful thing to have come from that match for Gauff is that she now knows what it feels like to play for a Grand Slam trophy.

“I didn’t expect myself to be so nervous before the final. Now that I know what to expect, I expect myself to at least do better, maybe not win next time, but do better,” Gauff said. ” … Instead of trying to say, ‘I’m not nervous, I’m not this,’ I’m saying, ‘I am nervous, I do feel pressure, I do feel this.’ Now once you acknowledge a problem, you can solve it.”