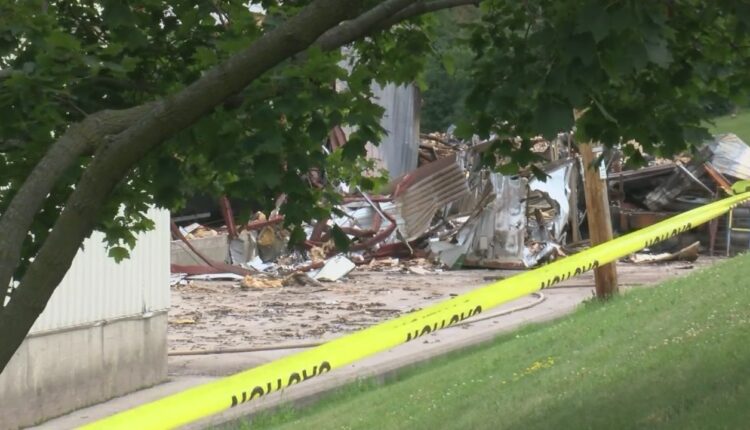 Chief Ken Wiedenbauer, Combined Locks Fire & Rescue said, “Arriving crews found, within seven minutes, that it was significantly larger than what we had anticipated.”

Wiedenbauer explained this warehouse fire quickly spiraled out of control because of the large amount of paper stored inside.

“When the paper bails start falling apart it’s very small pieces that are very flammable and they do fly around which creates even more fire,” he said.

In a total of 67 fire departments and around 700 firefighters responded. They could only fight the fire from the outside due to safety concerns.

“The bails can weigh in excess of a ton,” said Wiedenbauer. “We didn’t want firefighters going in because if one of them fell that is severe injury or death for one firefighter and then we have to worry about how to get them out.”

The fire department said because the building is sectioned off first responders were able to save most of it.

“The fire doors actually saved the remainder of the building,” said Wiedenbauer.

One neighbor said the crews were spread up and down the street in front of his house.

“There were a lot of fire trucks,” said Billy Matney. “They had hoses strung out all over the road. It was amazing because they had so many departments working together to get it done.”

Chief Wiedenbauer estimates it took 6 million gallons of water to put this fire out. The department has not shared a cause or estimated amount of damage.