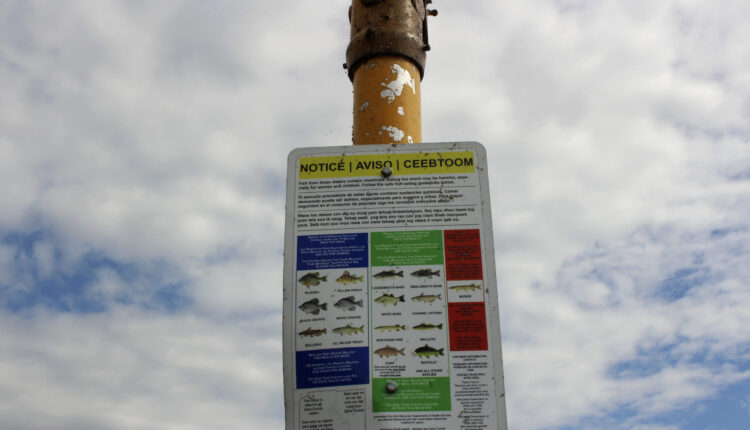 A project aimed at mitigating the amount of toxic chemicals leaching into Madison’s waterways from the Dane County Regional Airport has been delayed yet again, according to an airport spokesperson.

In 2019, the Wisconsin Department of Natural Resources identified Dane County, the city of Madison and the Wisconsin Air National Guard as the parties responsible for the presence of cancer-causing “forever chemicals” known as PFAS in Starkweather Creek, which winds around the airport and through Madison’s east side before dumping into Lake Monona.

PFAS, which stands for per- and polyfluoroalkyl substances, is the designation for a family of chemicals that don’t break down in the environment or the body. The chemicals can come from food packaging, household goods such as nonstick pans and firefighting foam that has been used to put out fires at airports for decades. The PFAS contamination of Starkweather Creek led to its designation as the state’s most polluted waterway in 2019. Tests showed it contained higher levels of PFOA and PFOS, two common types of PFAS, than any other waters the Department of Natural Resources (DNR) tested that year.

When the water was tested in 2019, after decades of the foam being used to put out fires on the runways, the DNR detected levels of PFOS at 270 parts per trillion and PFOA at 43 ppt at the creek’s crossing with Fair Oaks Avenue.

In January 2021, the DNR directed the responsible parties to come up with an interim plan for reducing the amount of PFAS in the creek. That spring, the county proposed and the DNR approved a plan that included replacing stormwater pipes around the airport that are leaking or broken.

The idea of the pipe replacement, according to the plan, is that the PFAS present at the airport and Truax Field Air National Guard Base get swept up with rain water flowing into the storm system, but when that system leaks the PFAS end up in the surrounding groundwater, further polluting the creek and Madison’s waterways.

“Locate the specific areas where PFAS contaminated groundwater is entering the stormwater pipes through leaky/broken pipes, loose joints, etc,” the approved plan states. “Once identified, these areas will be remediated to stop the infiltration through techniques such as re-lining the pipe, replacing/repairing broken pipes, grouting leaking joints, and other remedial measures as needed.”

The stormwater project is a major priority for the activists and residents most concerned about the pollution of the creek and the surrounding groundwater. Frustrated by the lack of progress on a problem that has been known for years, the repair of the stormwater system is one step to at least stop further pollution, even if it doesn’t do anything to reverse it.

“The leaky storm sewers are right in the middle of the plume coming out of the Air National Guard test areas,” Michael Farin, a chemical engineer who lives near the creek, told the Wisconsin Examiner in August. “Those seem to be the primary hotspots. That water is able to leak right into their storm sewers. Even if they didn’t do all the storm sewers all at once, they could do the ones that are most heavily contaminated.”

In November 2021, the airport’s director of engineering wrote in a letter to the DNR that the sewer repair and replacement had been delayed until 2022. In June, the Wisconsin State Journal reported that the project was still on hold.

In August, airport spokesperson Michael Riechers said that the initial delay occurred because the county put out a request for bids in 2021 but they all came back too high. The project was delayed until a contractor could be hired at a more appropriate price, he said.

Riechers said in August that the project was again moving forward and that after pre-construction meetings with the contractors, the work was supposed to begin by mid-September or early October. But less than two weeks after Riechers said the project was about to get underway, the airport’s director, Kimberly Jones, wrote in a letter to the DNR that the work wouldn’t begin until December.

“Recall that the process to get to this stage took time because the bids DCRA received in the first effort came back much too high. DCRA has retained a contractor and is scheduling a pre-construction meeting to plan lining of the impacted areas of the system,” Jones wrote in the Sept. 7 letter. “The contractor will begin the stormwater system work this December and finish up next February.”

Riechers said the reason for the most recent delay is that it was the earliest the contractor’s crews would be available.

“December was the earliest that the contractor estimated their crew would be available for the prescribed work,” he wrote in an email. “That said, it still remains an estimate of their availability based on their current projects.”