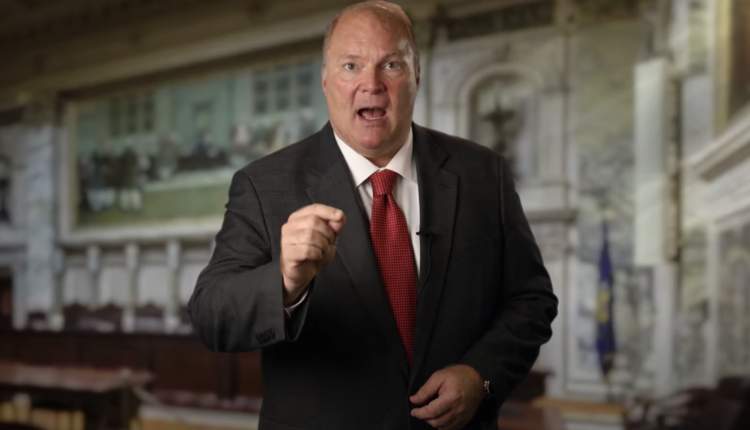 A Dane County judge revoked the ability of five out-of-state attorneys to represent in court the Assembly Office of Special Counsel — which has spent more than a year conducting a review of the 2020 presidential election.

The judge, Frank Remington, wrote a scathing opinion in which he systematically refuted a number of false claims the attorneys had made while representing the office and its leader, the recently fired Michael Gableman. Remington wrote that because the five attorneys signed their names to motions which applied “phony legal principles to invented facts” the lawyers no longer have the ability to work on the case pro hac vice — a legal principle which allows attorneys not licensed in a state to practice in conjunction with a local attorney.

Among the attorneys Remington removed from the case is James Bopp, an Indiana-based lawyer who has been influential in Republican efforts to overturn the 2020 election and criminalize abortion.

The OSC attorneys had filed a motion seeking for Remington to recuse himself from the case because they claimed he favored American Oversight over them.  Remington countered that the attorneys misrepresented or twisted the facts in order to try to show he was biased against Gableman’s review.

“Near every claim they make is frivolous under Wisconsin law,” Remington wrote. “When I granted pro hac vice admission, I did so upon the condition they obey the Wisconsin Supreme Court’s rules for professional conduct. Revocation of that admission is appropriate upon three factors, including an ‘unwillingness to abide by the rules of decorum.’ By filing this frivolous motion, these lawyers have met each of the three factors for revocation, and accordingly, their pro hac vice admissions are immediately withdrawn.”

“The brief authored by those lawyers is a manifestation of incompetency,” he continued.

Remington issued a series of decisions on Wednesday relating to an open records lawsuit by the government watchdog group American Oversight. For months, the group has been fighting to get access to documents created by Gableman and the OSC as they conducted the review.

Along the way, both Gableman and Assembly Speaker Robin Vos were found in contempt of court. Vos started the review and hired Gableman last summer under pressure from former President Donald Trump. Vos fired Gableman last week after Gableman endorsed his primary opponent.

In a separate order issued Wednesday, Remington wrote that Gableman’s contempt order is no longer in effect and lifted the sanctions that had been issued against him.

Aside from criticizing the work of the OSC attorneys, Remington wrote that the office appeared not to have accomplished much investigating as it spent more than $1 million during the year since it was established.

The open records case started when the OSC and Gableman refused to turn over hundreds of pages of documents, saying they were “strategic records” too important to the investigation to be released to the public.

Eventually, those documents were provided to Remington and American Oversight, but Remington noted that some of those pages hardly contained any information at all and if they were considered strategic, the review was a waste of time and taxpayer money. He also said that when the documents were provided, “it would come as no surprise if OSC had simply emptied its trash into my office.”

“So if OSC did not create strategic records, then what did OSC do with the resources given to it by the people of the State of Wisconsin?” Remington wrote. “From August 30 through December 4, 2021, the evidence speaks for itself. OSC accomplished nothing. It kept none of the weekly progress reports the Wisconsin State Assembly required it to keep. It recorded no interviews with witnesses. It gathered no measurable data. It organized no existing data into any analytical format. It generated no reports based on any special expertise.”

“It did commence lawsuits against other parts of our state and local government, although at time of this writing, OSC has received no relief,” he continued, alluding to lawsuits Gableman filed seeking testimony from local and state election officials. “Instead, it gave its employees code names like ‘coms’ or ‘3,’ apparently for the sole purpose of emailing back and forth about news articles and drafts of speeches. It printed copies of reports that better investigators had already written, although there is no evidence any person connected with OSC ever read these reports, let alone critically analyzed their factual and legal bases to draw his or her own principled conclusions.”

In a hearing on Tuesday, Remington said that Gableman’s unprofessionalism as he ran the OSC might mean that some questions regarding the review may go unanswered. In a statement following the Wednesday orders, American Oversight said that the actions of Gableman and Vos showed a disregard for the state’s public record laws but that following the law matters.

“Today, the court confirmed that Speaker Vos’s partisan inquiry into the 2020 election ‘accomplished nothing’ except to waste taxpayer resources promoting dangerously false claims of voter fraud,” American Oversight Executive Director Heather Sawyer said in a statement. “The individuals behind this inquiry concealed a mountain of evidence about what they were doing and who was involved. Their disregard for Wisconsin’s public records law means that the people of Wisconsin will never know the full extent of their misconduct.”

“By removing OSC’s lawyers for making ‘repeated false statements of fact and law’ and refusing to abide by Wisconsin rules of professional conduct, the court affirms that truth and the rule of law matter,” she continued.