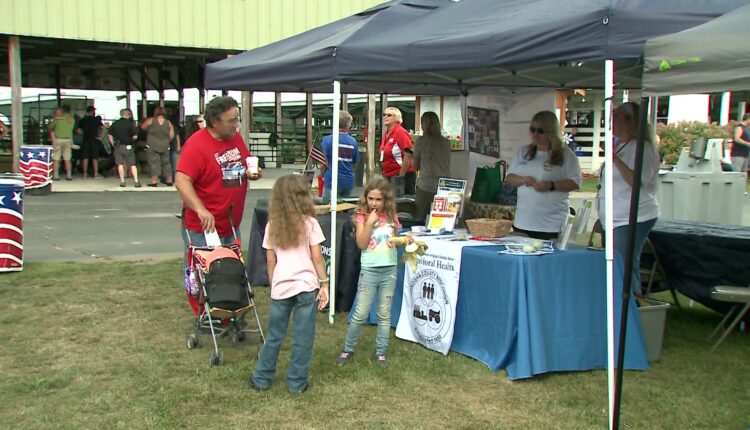 In a way, it’s a new idea, but it’s also a kind of throwback.

“We are Human Services on the Go at the Kenosha County Fair.”

It’s a small booth with a lot of public health information, and the “on the go” part started last year.

Since Covid was keeping people away from large gatherings, Kenosha County decided to bring the information out to where people live.

This year, there’s a booth at the county fair. That’s not exactly a revolutionary idea, but some of the other ways they’re spreading the word about health services is totally old school.

“Basically filling a wagon with information and walking up and down streets with small teams of three and four and just engaging in conversation with people,” said Kari Foss, behavioral health manager for Kenosha County.

The Human Services on the Go booth offers information about behavioral health resources. In response to opioid use problems, they offer daily Narcan training sessions.