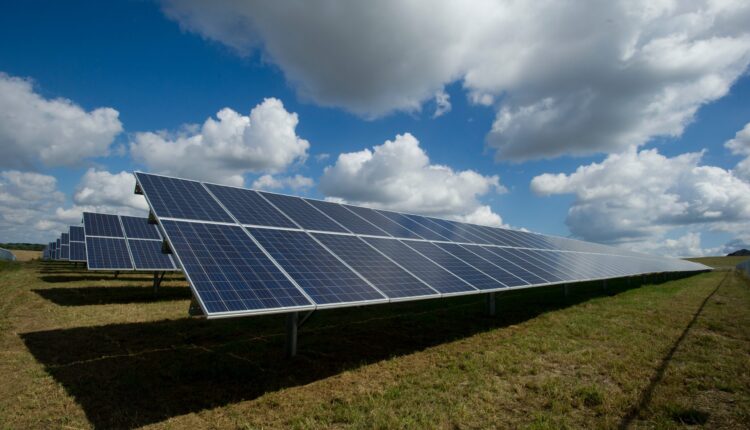 In Wisconsin and across the country, we are facing a four-pronged challenge related to energy – rising costs, questions about how to  capitalize on the clean energy economy, climate change and our nation’s energy security.

The Inflation Reduction Act of 2022 – the bill recently passed by Congress and signed by President Biden – is the most significant and impactful step our country has taken to address these challenges head-on. It will not only drive down costs, but it also makes critical investments in jobs and our energy security for the future.

Those of us at Green Homeowners United, a woman-owned energy efficiency social enterprise dedicated to fighting climate change and creating good jobs right here in Wisconsin, believe this is a critical  moment for our state to create a new energy-efficient future. It is a huge market inefficiency that homes and businesses are spending increasing amounts on gas and electric bills. Sealing leaks, adding insulation, upgrading windows and HVAC and installing solar panels creates jobs now and puts more money back in consumers’ pockets to spend in the local economy.

The new Inflation Reduction Act has already generated major job-creating clean-energy investments across the country. For example, the largest American solar panel manufacturer announced it will invest $1.2 billion to increase its domestic production capacity by about 75%. Honda and LG also announced a deal to build a $4.4 billion electric vehicle (EV) battery plant in the U.S. Tesla’s battery supplier is also in discussions to build a $4 billion EV production factory. These investments are just the tip of the iceberg.

Investments like these will grow good-paying jobs, allow America to fully capitalize on the clean energy economy, and address the climate crisis. About 71,370 Wisconsin workers are employed in clean-energy jobs. The law will expand these opportunities, bringing an estimated $4 billion investment in large-scale clean power generation and storage to the Badger State between now and 2030, and providing millions for residential energy efficiency rebates and tax credits. With the law’s incentives for businesses to pay a prevailing wage, it’s not just about the number of jobs – it will create good-paying jobs with benefits that allow Wisconsin workers to have that economic security we all desire.

Wisconsin companies that want to reduce their own utility bills can even receive a greater incentive, up to $5 per square foot, if they hire contractors and firms that provide good jobs with benefits and train the next generation of apprentices.

Coupled with these historic steps forward on jobs are the law’s incentives that will drive down energy and utility costs for Wisconsin working families. For example, it provides instant rebates of up to $8,000 to replace your air conditioner with a “heat pump” that can heat and cool the home much more efficiently, and up to $4,000 for home improvements to increase the energy efficiency of the home. Across the Badger State, millions of low- and middle-income households are eligible, but every homeowner or home buyer regardless of income will be eligible for something. In just one example, tax credits to install solar and battery storage systems are estimated to support an additional 90,000 Wisconsin households with installing rooftop solar.

Not a single Republican voted in favor of the Inflation Reduction Act, and Wisconsin’s Sen. Ron Johnson was helping to lead the charge in opposition. Republicans voted against lowering costs for working families, creating good-paying jobs, and enhancing our energy future. It’s that simple. When they disingenuously claim opposition because of cost, it is important to understand that the entire law will be paid for by requiring big corporations to pay their fair share of taxes.

Plus, it just makes sense to invest in things now that pay for themselves over time.

Fortunately, the leadership of President Biden and Democrats in Congress, including Sen. Tammy Baldwin, beat back this opposition from Republicans in Congress and special interests, and delivered on the promise to make government work for working people. Doing the smart thing doesn’t need to be partisan, but those of us working for change can’t help but notice who is standing with us.

The Inflation Reduction Act is a historic example of what we can achieve when we elect pro-worker leaders committed to improving the lives of everyday people.