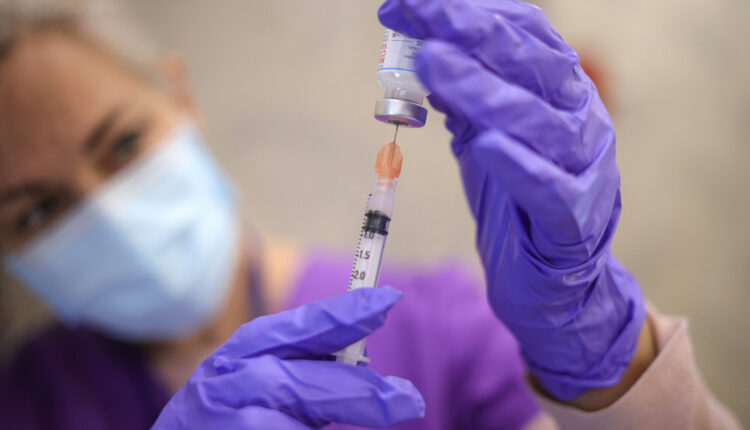 Wisconsin Department of Health Services officials said there is concern more people than ever before could become sick this holiday season as three respiratory illnesses — influenza, respiratory syncytial virus and COVID-19 — circulate at high rates across Wisconsin and the country.

“All three of these viruses we have seen before and they’re not totally uncommon,” said DHS influenza surveillance coordinator and respiratory disease epidemiologist Tom Haupt. “What is unique is to see these three viruses circulating at the high rate of activity and the high rate of positive tests that we’re seeing at the same time. That has not happened since the beginning of the pandemic back in 2020.”

Haupt said cases of the flu are expected to peak activity sometime in the coming weeks, but have doubled in just the last two weeks. Respiratory syncytial virus — a common illness that causes mild, cold-like symptoms in adults, but that can develop into more serious cases of bronchiolitis or pneumonia in young children — is circulating at rates typically seen at the end of January.

The high rates, Haupt said, are starting to overwhelm hospitals that may need to turn away transfers they’d normally accept and limit elective surgeries.

The officials urged Wisconsinites to get the flu and COVID-19 booster vaccinations to mitigate the widespread impact of the viruses during a Wednesday briefing. While there is no vaccine in the U.S. for RSV, rates of vaccination for flu and COVID-19 are lower than expected this year.

Haupt said the current rates of flu vaccination in the state are disappointing, especially as the vaccine is expected to be more effective than in past years.

“We really thought that we would get a better response to the influenza vaccinations.” Haupt said. “What we are seeing this year is worse than last year and much worse than a year before, but we’re still hoping that by getting this message out… that we can rebound.”

Ryan Westergaard, chief medical officer for the DHS Bureau of Communicable Diseases, said COVID-19 is still a cause for concern as Wisconsinites continue to become seriously ill and some — currently an average of eight people per day — die from the disease. He said most deaths are preventable and the vaccine is the best avenue for mitigating serious cases of the illness.

According to DHS data, around 13.5% of Wisconsinites have received the updated COVID-19 vaccine booster as of Nov. 15.

Westergaard said that the effectiveness of the COVID-19 vaccine, which remains the best way to reduce severe cases of the disease, wanes over time, making it essential for people to receive the booster.

“It’s not a yes or no [question]. You’re vaccinated or you’re not vaccinated — that was true a year ago,” Westergaard said. “Now it’s, ‘Are you up to date on your vaccines?’ Because the virus is going to keep changing, the vaccines need to keep changing as well.”

Anyone five years or older is eligible to receive the booster as long as they’ve received the initial doses and two months have elapsed since the last dose. Officials recommend people receive the flu and COVID-19 booster at the same time.

With the holiday season approaching, officials also discussed other mitigation measures individuals can take to slow the spread of the viruses and protect against serious infections. Those steps include hand washing, disinfecting commonly touched surfaces and wearing masks.

“The new normal is that everybody can and should consider wearing a mask when you go out in public, but no one is likely to force you to,” Westergaard said. “One way to decide whether people wear a mask — if you’re not going to do it all the time — is to look at how much the illness is circulating in your community.”

Westergaard said the Centers for Disease Control and Prevention online tool that details COVID-19 levels in specific communities is a good resource for individuals to determine whether they should consider masking. He added that the nice thing about masks is that they prevent against all respiratory illnesses and not just COVID-19.