Do The Stalkers Have Madison? 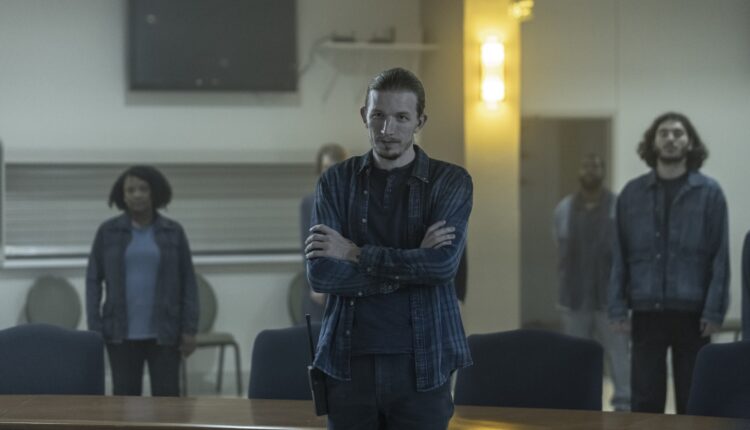 Madison Clark returns to Fear The Walking Dead, but where was she? Did the stalkers catch her? In this theory, I’m trying to find out.

Not so long ago I asked how Madison survived her “death” in Fear The Walking Dead season four, where she had been, and why she didn’t try to find or contact Alicia or Strand. How Madison survived has still escaped me, and I’ve thought more about where she was and why she hasn’t contacted Alicia or Strand since the Dell Diamond Stadium fall. I started asking myself another question: what if she can’t?

Think about it: Alicia and Strand have been talking on radios across Texas for more than a year since Madison “died”. It seems unlikely she hasn’t heard from either since, and yet she has never tried to reach out to or find them. Doesn’t that seem strange?

The next question from this original is, if Madison can’t contact Alicia or Strand, what or who is stopping her?

Fear the Walking Dead Theory: The Stalkers Got Madison

Though not much talked about this season, Arno and the Stalkers are the last vestiges of Teddy Maddox’s cult of death. They are not allowed to openly preach his philosophy, but should not be assumed that they will not adhere to it. If we remember Alicia’s midseason flashback, one of the first things the survivors in the Franklin Hotel’s nuclear bunker attempted was to sacrifice Alicia to Senator Vasquez’s biter to turn her into “fresh compost.” Recognizing Alicia as the one Teddy predicted would lead her into the future, Arno stopped his cohorts from killing her.

Unlike the follower who tried to kill Alicia, who refused Teddy’s ritual of asking recruits what they saw when they saw a walker strapped to a tree, Arno spoke respectfully of Teddy and seemed to believe in his vision of the future. He even accepted Teddy’s belief that Alicia would lead her into this future (which happened to be at least partially true). Arno believed in Teddy and probably his philosophy, which meant that he might pursue it even after Teddy’s death.

As we would learn, the whole reason the stalkers moved out walkers in the wasteland in hopes of confusing Alicia in case she should lose Senator Vasquez’s walker, which prevented her from finding PADRE and rekindling civilization .

The point of all of this is that Arno believes in Teddy’s skewed views so much that if he finds someone he thought could help or would try to aid Alicia in her quest (someone like Madison per se). not getting to her to make sure this rebuilding effort doesn’t get rolling.

You see, I’m starting to think that Madison didn’t contact Alicia or Strand because she doesn’t know they are around or doesn’t want to contact them but, I think, at some point after the atomic bombs fell, she tried to find her, and instead found Arno and the stalkers.

During this encounter, Madison either realized that Arno and his companions were crazy and pretended to be like-minded so as not to be attacked by them and maybe let them lead her to Alicia, or Arno realized that Madison was the kind of person who was going to help Alicia or Strand and decided to take her hostage to stop her. Anyway, I think it possible that when we finally see Madison again, it will be in the care of Arno and the last of Teddy’s death cult.

Also, I wonder if Arno, if he does find out who Madison is to Alicia and Strand, will try to use her as a hostage or bargaining chip against her? Will that bring Alicia and Strand together?

But what do you mean Do you think Arno and the stalkers caught Madison? Do you think she’s infiltrating her? Do you think Arno will end the war between Alicia and Strand when he realizes who Madison is? Let me know! I’m curious! And if you enjoyed this and want to learn how to stay alive in a zombie apocalypse, why not get a copy of my book The Rules: A Guide To Surviving The Zombie Apocalypse! Also available here on Amazon, here on iTunes!

Will false Trump electors’ attempt to hijack the Wisconsin vote be punished?