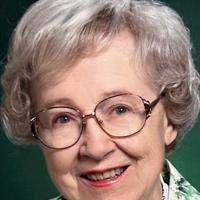 CHICAGO, IL—Dorothy A. Reith, 96, of Chicago, IL died at her home on Sunday, November 13, 2022. Dorothy was born in Kenosha, WI on August 29, 1926, she was the daughter of Harry and Loretta (Eddy ) Reith. She attended St. James Grade School, Lincoln Jr. High, and Bradford High School in Kenosha. She graduated from the University of Wisconsin Madison with a degree in Sociology in 1949. In 1964 she received a Master’s degree in Social Work from Loyola University in Chicago.

She was employed for several years in Mauston, WI as a Case Worker before moving to Chicago. There she was first employed at Cook County Court Services before accepting a position at Catholic Charities. She began as a Case Worker in the Adoption Department, moving through a variety of other positions all relating to children. In 1981 she was appointed Division Manager in charge of the primary services for Children and Youth, a position she held until her retirement in 1990.

Throughout her life she loved traveling all over the world, golfing, hiking, and bird watching. At every opportunity Dorothy went snorkeling with her friends in Grand Cayman Island, having added fish watching to her enthusiasms. As a long-time member of St. Ignatius Parish in Chicago, she was active in the Glenola Women’s Club and Bridge Club.

In lieu of flowers memorials to the Chicago Catholic Charities would be appreciated.