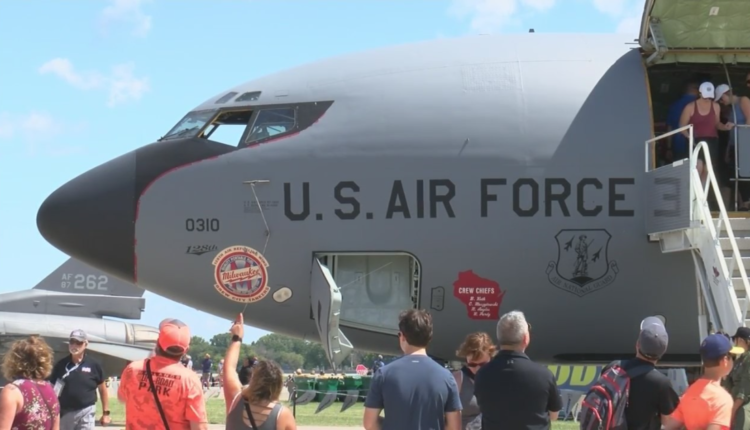 OSHKOSH, Wis. (WFRV)-If you went to EAA AirVenture Oshkosh this year and felt like there was a lot of people there, your feeling was right.

EAA AirVenture Oshkosh broke its attendance record, welcoming over 650,000 guests to the grounds this week.

“There’s no doubt that weather plays a big part of it, in the last two years (during the pandemic) which wasn’t good for people personally the aviation community has grown. they used that time to start building airplanes and getting more interested in aviation,” said EAA CEO Jack Pelton.

There was also free admission for everybody 18 and under which Pelton also credits as a reason for the high attendance numbers this year.

There were also 5,000 volunteers during the week that helped make the event possible.

As of Sunday morning, there were more than 17,000 airplane landings and takeoffs.

Callyn Ness from Milwaukee is a first timer at EAA. She’s here with her mom, dad, two brothers, and her grandfather.

“I didn’t think it would be this big, I love seeing all of the helicopters and fighter jets and how fast they are. It’s really fun,” said Ness.

Five Places to Get Your Coffee Fix in Madison