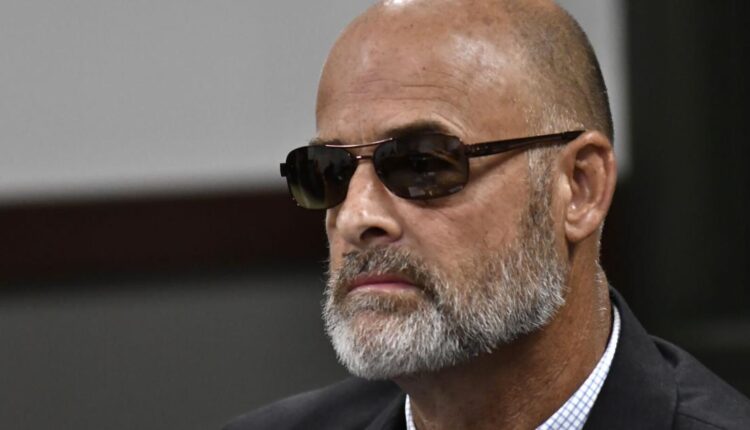 Steinbrink Jr., 53, appeared in court in a dark suit and what appeared to be sunglasses.

“These are allegations that strike to the heart of public trust,” Keating said.

As a condition of his bond, Steinbrink Jr. is not allowed to contact former or current employees of the Public Works Department. He is also not allowed to discuss the case with relatives employed by the department or the village.

His father, John Steinbrink Sr. is the current village president.

The case is being prosecuted by Racine County Assistant District Attorney Chris Steenrod. Pleasant Prairie turned over the misconduct investigation of Steinbrink Jr. to the Racine County Sheriff’s Office to avoid conflict of interest.

Steinbrink Jr. had been the public works director since 2010 and employed with the village the last 28 years. He was placed on administrative leave following an alleged undisclosed complaint filed earlier this spring.

The complaint states that interviews with employees painted Steinbrink Jr. as an “angry narcissistic and manipulating person,” who was feared by employees. Those who disagreed or did not do as he instructed would be “out of a job.” One employee described the work environment as “being happier since Steinbrink Jr. had left the department.”

He’s also alleged to have taken advantage of village resources.

“This was not a favorable work environment that Mr. Steinbrink, Jr. fostered,” Steenrod said.

During the hearing, Steinbrink Jr’s attorney, Richard Joseph Smith, pointed out that the criminal complaint against Steinbrink failed to explain what incident had occurred on Feb. 3, 2022 as listed as Count 4. Keating dismissed the charge, although he said it could be refiled at a later date.

After a brief discussion outside of the courtroom with his attorney, Steinbrink Jr. chose to waive his right to a preliminary hearing.

A statement was sent to the Kenosha News by Nola Hitchcock Cross, an attorney with a firm in Milwaukee who said she was also representing Steinbrink Jr. Cross said Steinbrink Jr. denied “all charges against him,” and expected them to be dropped “once the facts are fully understood.”

“Unfortunately,” Cross said in the statement, “the charges seem to stem from a misunderstanding about what occurred. Not only did Mr. Steinbrink do nothing wrong, but his personal contributions to the Village attest to his civic spirit, dedication to the Village, and generosity to the community. When the facts are fully known, Mr. Steinbrink will be vindicated.”

The next time Steinbrink Jr. will appear in court will be for arraignment, scheduled for Aug. 26.

After his appearance, he declined to speak with reporters outside of intake court.