Elections Administrator says ‘information’ can combat conspiracies ahead of midterms 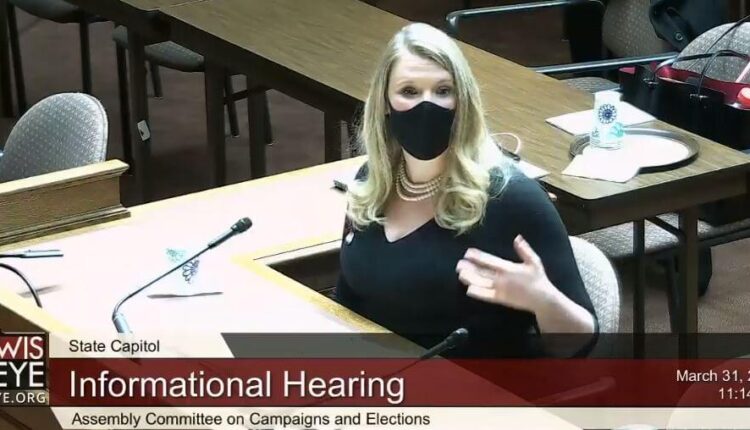 The administrator of the Wisconsin Elections Commission (WEC) said on Tuesday that as Wisconsin gears up for the fall 2022 election season, accurate information about how the state’s elections work is her best tool for combatting the conspiracy theories and attacks Republicans have subjected the system to since 2020.

Meagan Wolfe and Rock County Clerk Lisa Tollefson appeared at a virtual news conference Tuesday to share details about how the state is preparing for the August partisan primary, which kicked off this week when clerks sent out the first round of absentee ballots.

Since 2020, the members of the Republican party have continuously levied baseless accusations of fraud and misconduct at the election system and the officials who maintain it. Over the past year and half, election officials, the news media and others have strained to debunk false claims and fact-check the innuendo.

Just a little over a month before the start of the midterm elections — which will feature a Republican gubernatorial candidate who has already said he’ll challenge the results of his own primary — Wolfe said ensuring confidence in elections is her top priority and that the WEC and local clerks need to engage with people and show that the process is fair.

“The best way to combat misunderstandings about the election process is to provide the facts, and to show the public opportunities for them to engage with elections,” Wolfe said. “There are no locked doors or dark corners in elections and we want members of the public to get involved.”

Wolfe and Tollefson explained Wisconsin’s unique election system and how local, county and state election officials interact with each other. Most of the work running elections is done by municipal clerks across the state. Those officials are supported by the 72 county clerks who help guide the process and assist with any problems that may arise on election day.

“With the county, my job is to actually be a guide for those municipal clerks,” she continued. “So I help organize getting them their ballots, testing equipment, getting them any guidance that they need. I do a lot of training for municipal clerks and poll workers throughout my county to help make sure everyone’s on the same page. And that’s my guide, is to make this big collaborative effort, working together to make sure everything happens on election day, and to make sure that everything is taken care of.”

At the top, the WEC is the independent state agency responsible for Wisconsin’s election administration. The commission consists of six members, three Democrats and three Republicans, appointed by the legislative leadership of their party. For the commission to make any decision, four votes are required. The staff of the WEC is nonpartisan and is responsible for implementing the commission’s directives. The staff is also responsible for maintaining the systems and technology that allow elections to run — such as the online voter registration website and statewide data systems.

The two election officials also outlined the important deadlines for participating in the August primary.

For most voters the deadline for requesting an absentee ballot is August 4, but Tollefson said people who wish to cast an absentee ballot should request one much earlier to allow enough time for it to arrive in the mail. Indefinitely confined voters and members of the military have until August 5 to request absentee ballots.

Wolfe and Tollefson said voters should make sure they allow about a week for their ballot to be returned in the mail. Otherwise, absentee ballots can be returned to municipal clerks by 8 p.m. on Election Day.

From July 26 until August 7, voters can go in-person to their municipal clerks’ office to cast an in-person absentee ballot. Though voters should check with their local clerk to ensure hours and availability, which vary by municipality.

The partisan primary is set for August 9.

6 things to do in Milwaukee this weekend, other than Summerfest

Senate Deal Raises Hopes for a Reduction in Gun Suicides