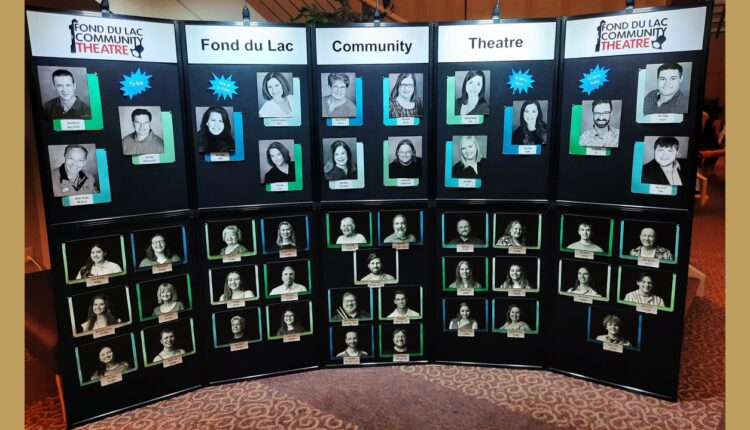 FOND DU LAC, Wis. (WFRV) – A leading candidate for the catchiest of all musicals feeds on the infectious rhythms of ABBA.

Many of the songs in “Mamma Mia!” were popular in the 1970s and beyond before the show came to the stage.

Around a bunch of those hits a story is woven that’s a bit “out there” and a bit earthy: Twenty-one years after a summer of love on a Greek isle, a mother’s daughter aims to get married and invite the father she never met . From her mother’s diary, three secretive dot-dot-dots give her possibilities. She invites all the dot-dot-dots. The show contains other double entender meanings, too.

At Saturday night’s performance, enthusiasm was in the air for the songs, the dances, the costuming and the performances. It was a sign that directors Maggie Patton and Mary Runde and their creative collaborators put this complex show together well.

Julie Walber portrays Donna Sheridan, the single mother whose past as an entertainer included one-nighters. Wink, wink. The story is about liberties of various kinds. Julie Walber’s climactic song is “The Winner Takes It All,” which is filled with Donna’s gumption, sureness and determination.

Blair Moon portrays Sophie Sheridan, the conflicted daughter. Sophie is a bundle of wondering, not only about who is her father but her impending crossroads with her nice-guy finance. Blair Moon’s carefully sung thoughts open and close the show on a sensitive note.

Bekki Feishelson Kuber and Sue Kemp portray Donna’s feisty colleagues from showbiz semi-stardom, Tanya and Rosie, respectively. The two colorfully weave into Donna’s story while splashing action of their own.

Dancing is a character, often by a throne. Bekki Feishelson Kuber doubles as choreographer, and she has two assistants for sometimes seas of action under a mirror glass disco ball. The three encore numbers are juiced up with music and dance action with the leading players wearing poke-in-the-eye gaudy/sparkly costumes.

ABBA’s hit-fueled songs often sweep the show along. The story gets a bit deep-thinky in the second act before the ABBA splash resumes.

Sophie is visited by two friends (Kimberly Burgert and Joey Kunde), who arrive in a wave of girlish giggles. The three get the hits going with “Honey, Honey.”

When Donna is visited her friends Tanya and Rosie, the three light fire to “Dancing Queen.” And their “Super Trouper” near the end of the first act comes with costuming luster. Tanya and Rosie have side stories of their own as their characters look for love. Tanya’s “Take a Chance on Me” shows how musical theater can give added meaning to a song.

Sophie and eventually Donna are visited by the three men – architecture-minded Sam Carmichael (Joe Kemp), hipster turned banker Harry Bright (John Matysik) and world adventurer Bill Austin (Jeffrey Werdin). The men don’t know each other and don’t know they could be a parental unit. The solid players/good singers deal with a lot of churn suddenly thrust on their characters.

“Mamma Mia!” has so many popular songs that thrive on backup singing and danceability that nobody seems to mind that singing/dancing ensembles materialize at will around the main characters.

The main thing is the show with an outrageous story dishes out entertainment in flashy ways.

After being put off for two years because of the COVID-19 pandemic, this elaborate production seems to have extra oomph in finally being done – and seen.

“Thank You for the Music” – Harry, Bill, Sam, Sophie

“Lay All Your Love on Me” – Sophie, Sky, Pepper, Eddie, Ensemble

“The Name of the Game” – Sophie, Bill

“Knowing Me, Knowing You” – Sam

“Slipping Through My Fingers” – Donna, Sophie

“The Winner Takes It All” – Donna

THE VENUE: Fond du Lac Performing Arts Center at Fond du Lac High School is an eye full. Holding 1,032 seats, the auditorium consists of seating on two levels on the main floor, plus in a balcony and second-level box seats. Wood – for acoustic purposes – is emphasized on walls, box seat fronts, stage front and acoustical clouds in the ceiling. Seats include black plastic backs, wood arms and red fabric seating areas. Aisles are of tan carpeting. For “Mamma Mia,” the band performs on stage to the left of the audience. The theater auditorium space looks important to the community – in other words, built for something beyond school purposes. That thought carries through to the commons, which is kind of a lobby beyond the theater’s lobby, which features original artwork in many places. The outside of the commons is a giant, curving glass wall – a striking image. Inside, notable features beyond spaciousness are murals, with one being of historical moments in the city’s history and the other, in two parts and high up, a panorama of the area that’s probably more than 100 feet long. The building dates to 2001.